After weeks of swirling allegations of sex crimes, Jian Ghomeshi finally appeared in public, sitting alone in a downtown Toronto courtroom as five charges were read against him.

The former CBC radio host faces four sexual-assault charges and one count of overcoming resistance by choking, an offence that carries a maximum sentence of life in prison.

As an army of reporters, photographers and video crews scrambled to record the scene after the bail hearing on Wednesday, defence lawyer Marie Henein told the chaotic scrum outside that her client would plead not guilty to all charges. He would not be commenting to the media, she said.

"We will address these allegations fully and directly in a courtroom," she said as Mr. Ghomeshi stood silently at her side. "It is not my practice to litigate my cases in the media. This one will be no different."

The 47-year-old, once one of Canada's most in-demand cultural icons, was released on $100,000 bail into the custody of his mother, Sara, after turning over his passport and agreeing to remain in Ontario. Mr. Ghomeshi is banned from possessing any weapons and must stay at least 500 metres away from his three accusers.

He surrendered to Toronto police early Wednesday morning, following a month-long investigation by the sex crimes unit. Around noon, he arrived at College Park court in the back of a police cruiser dressed in a dark suit and white shirt.

Sitting ashen-faced in the prisoner's box, Mr. Ghomeshi stole repeated glances at his former colleagues in the media, while Crown attorney Michael Callaghan read the allegations against him.

Those details are protected under a publication ban, as are the names of two of the alleged victims. The third accuser, actress Lucy DeCoutere, consented to be identified, although the specifics of her complaint cannot be revealed under the ban.

The CBC abruptly fired Mr. Ghomeshi on Oct. 26, after his own lawyers showed two of the company's executives incriminating photos, video, e-mails and text messages. Later, leaders at the public broadcaster said the "graphic evidence" they viewed left them convinced that "Jian Ghomeshi caused physical injury to a woman."

Since then, at least nine women have spoken to several media outlets, alleging that they were physically or sexually abused by Mr. Ghomeshi. All but two of the women – Ms. DeCoutere and Reva Seth, a lawyer and author – have spoken anonymously.

Last month, Ms. Decoutere, who plays Lucy on Trailer Park Boys, told the Toronto Star that in 2003 she met Mr. Ghomeshi at a television festival barbeque in Banff. Later, they had dinner in Toronto and ended up back at his home. She said they started kissing, but then he pushed her up against a wall and began and choking her to the point where she struggled to breathe. She alleged he slapped her three times hard on the head. She then left in a taxi.

The allegations have not been proven in court. After his firing, the former Q host posted a 1,586-word statement on his Facebook page (which has since been removed), stating: "I've done nothing wrong." He also claimed that "everything I have done has been consensual," and that he had been dismissed "because of what I do in my private life."

He then filed a $55-million lawsuit against his former employer. But on Tuesday, the CBC confirmed the two sides had reached an agreement that will see Mr. Ghomeshi withdraw his suit and pay the public broadcaster $18,000 in costs. He has decided to address his firing through a union grievance instead, "in binding arbitration in accordance with the collective agreement between them," according to Mr. Ghomeshi's civil lawyer, Jonathan Lisus.

Meanwhile, Ms. DeCoutere released a statement after Mr. Ghomeshi's court appearance: "The past month has seen a major shift in the conversation about violence against women. It has been an overwhelming and painful time for many people, including myself, but also very inspiring. I hope that victims' voices continue to be heard and that this is the start of a change that is so desperately needed."

At a downtown luncheon on Wednesday, Toronto Police Chief Bill Blair declined to add any details about the case, although he encouraged any victims of sex assault to come forward to police. "I want to offer them my assurance that they will be treated with dignity and respect, that my people are well trained in these investigations and in dealing with concerns that victims may have."

The CBC's head of public affairs, Chuck Thompson, said in an e-mail, "We understand that none of the charges involve employees or former employees of CBC, and we won't comment about charges that are now before the courts."

The dramatic fall of Mr. Ghomeshi has made headlines around the globe. On Wednesday, the media descended on the courthouse – located on the second floor of a busy residential and commercial building – to cover his appearance. Reporters lined up for an hour outside the courtroom. Many were forced to stand along the walls; dozens more were waiting in the first-level foyer.

After his release and the brief statement by his lawyer, Mr. Ghomeshi and Ms. Henein were encircled by half a dozen police officers, who pushed towards the street while journalists and curious bystanders were knocked over or pinned against the wall. As a television network's helicopter hovered overhead, Mr. Ghomeshi was escorted to a waiting car and then tracked to his lawyer's King Street East office.

At around 4:15 p.m., a driver dropped him off at his mother's home. A few minutes later, a second car left two bags.

Mr. Ghomeshi's last public statement came in late October, when he wrote on his Facebook page that "I intend to meet these allegations directly."

With reports from Tristan Simpson and Ann Hui

Public editor: Yes to Ghomeshi coverage; no to pictures
November 24, 2014
Opinion
When will harassment change? It already has
November 22, 2014 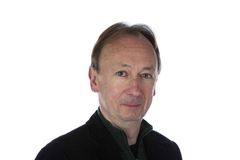 Opinion
Why Ghomeshi’s union might drop its grievance against the CBC
November 26, 2014 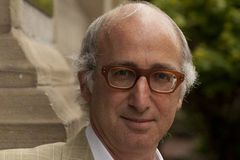 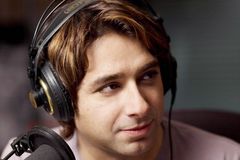 Follow Robyn Doolittle, Jill Mahoney and James Bradshaw on Twitter @robyndoolittle @jillsmahoney @jembradshaw
Report an error Editorial code of conduct
Due to technical reasons, we have temporarily removed commenting from our articles. We hope to have this fixed soon. Thank you for your patience. If you are looking to give feedback on our new site, please send it along to feedback@globeandmail.com. If you want to write a letter to the editor, please forward to letters@globeandmail.com.
Comments are closed