The Globe and Mail's Les Perreaux (@perreaux) is covering the Magnotta trial in Montreal. Follow him for updates. Warning: Story contains graphic details.

After a day of testimony exploring the sex life of homicide victim Jun Lin, the judge in the Luka Rocco Magnotta murder trial has warned the jurors not to make too much of such intimate details.

But the judge warned the jury not to jump to conclusions about Jun Lin and his lifestyle.

"The fact he may have engaged in S and M and the fact he may have voluntarily gone to the apartment [where he was killed] may be relevant to concluding whether this was premeditated murder," Justice Cournoyer said. "You may not use it for any other purpose."

Mr. Magnotta has been charged with first-degree murder, mailing obscene and indecent material, committing an indignity to a body, publishing obscene material and criminally harassing Prime Minister Stephen Harper. He has admitted that he killed Jun Lin in May, 2012, dismembered his body and sent the parts by mail, but he has pleaded not guilty.

The analysis of Mr. Magnotta's psychiatric condition and state of mind is expected to take up the bulk of the six-week trial, but little time has been spent on it so far.

In his opening statement, Mr. Leclair said Mr. Magnotta suffered from schizophrenia and had sought treatment several times in addition to once being committed to a mental hospital. 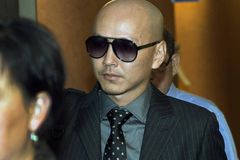 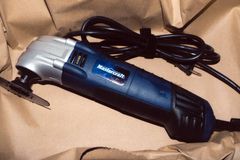 Through pain and grief, Jun Lin’s father determined to get answers
September 30, 2014 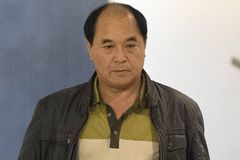