It would have made for a red-letter day in any judge's career to have a decision referenced with approval by Britain's august House of Lords.

Unfortunately, with only Justice Joan Lax's initials and surname to guide them, the law lords had jumped to the conclusion that she was a he, addressing their praise to "Mr. Justice Lax."

Doing so must have constituted a triumph for a judge who had encountered no shortage of male chauvinism during her unlikely rise from gym teacher to the Ontario Superior Court bench.

Born on Dec. 26, 1944, she was the eldest of three daughters of Evelyn and Irving Dennis.

The family's solidly middle-class home in west-end Toronto was a hub for neighbourhood children. The dinner table a virtual Speaker's Corner.

"The ability to debate, discuss and achieve were highly prized values in our family," recalled the middle sister, Wendy Dennis, a magazine writer and author.

A shy child, Justice Lax came into her own at Vaughan Road Collegiate Institute. She became a cheerleader, the head of the debating club and a noted boy magnet.

For girls her age, nursing and teaching were about the only easily accessible professions. After several years of teaching gym, Justice Lax met her husband-to-be on a blind date. They were married a few months later.

"I think she visualized being a teacher, having children and a home with a white picket fence," Mr. Lax said. So, when her impulses led in a quite different direction, both were taken by surprise.

After a year travelling with her husband as far north as the Arctic Circle and as far south as Morocco, Justice Lax got a degree in political science at Glendon College. Then she applied to Osgoode Hall Law School – a selection based primarily on the fact that it had a daycare where she could deposit her infant son, Jonathan. Called to the bar in 1977, she was determined to become a litigator. However, one firm after another turned her down in the apparent belief that the elite world of Bay Street litigation should remain a bastion of alpha males.

Justice Lax eventually was hired at the firm of Weir and Foulds, becoming only the second woman in its litigation branch. She soon became a full partner.

A few years later, when she was pregnant with her second child, Jessica, Justice Lax nearly lost all the gains she had made. Her firm partners were openly dubious about a pregnant woman among their number. It took her mentor there, Mac Austin, to speak up strongly on her behalf.

"Gentleman, if this were one of us and we broke a leg skiing, how would we handle it?" Mr. Austin said, according to a eulogy Jonathan delivered at his mother's funeral. "We would give the partner time to heal, and that is what we shall do."

For many years, Jessica was known within her family as "the broken leg."

Justice Lax earned respect in the civil bar through networking, mentoring and hard work. Her clients ranged from oil companies accused of price-fixing to a cereal manufacturer that ran afoul of advertising regulations by half-filling its boxes to a railway under siege at a public inquiry into a derailment.

The weapon she used to blunt the swords of male lawyers was even-tempered charm. "Joanie had realized early that many female lawyers, in order to gain the respect of male litigators, strived to be difficult," Mr. Lax said. "But that wasn't her way."

In 1986, Justice Lax joined the law faculty of the University of Toronto. She remained there as assistant dean until 1996, when she was appointed to the bench.

As a judge, her style was warm and courteous. She was also highly deferential to legal principle and felt the weight of being a final decision-maker in significant cases.

She did not press lawyers to reach settlements, believing that parties had the right to a full trial. As a result, many lawyers attempted to manoeuvre their cases into her court. In return, Justice Lax appreciated crisp, well-reasoned legal arguments that relied more on sound case law and less on hyperbole.

William Horton, a senior litigator, said he made it a habit of picturing Justice Lax whenever he wrote a submission or commentary. "If Joan would think my comments were fair, interesting or useful, they would have served their purpose," he said.

Joan and Cliff Lax made full use of one another's considerable legal acumen. Before some of her husband's trials, Justice Lax sometimes played the role of a mock jury while he practised his submissions.

Later, as a judge, she tested her opinions on him as they formed and gelled.

"She would listen to what I thought about a particular issue, come back in a week and say: 'I don't really think it's that way,' or, 'You were right, but for the wrong reasons,' " Mr. Lax recalled.

Many of Justice Lax's almost 500 reported judgments were influential. Fourteen were cited at least 20 times by other judges, while four were cited in more than 40 subsequent decisions.

Her compassion was evident in a 1998 decision in which she awarded a record $80,000 to a Muslim woman who had been sterilized without her consent by a Toronto obstetrician.

"In her culture, it is a serious, if not insurmountable, limitation on her ability to marry," Justice Lax reasoned.

She had little taste for criminal cases, since the notion of retributive justice left her cold. "She didn't think that sending offenders to jail – especially for drug offences – was going to help them much," Mr. Lax said.

However, Justice Lax was no pushover. In the decision the House of Lords cited, she put the brakes on a so-called "wrongful life" lawsuit launched by a woman who claimed she would have aborted her fetus had doctors told her the extent of its defects while it was in utero.

In 2009, Justice Lax, an expert in class-action litigation, also created an important precedent when she dismissed a bid by CIBC employees to mount a class action for unpaid overtime work.

Justice Lax served as an elected bencher of the Law Society of Upper Canada for four years. She was also active in the community legal clinic movement and legal education. A voracious reader, she was a member of several book clubs and helped pioneer a book club for prison inmates that has spread across the country's penal system.

Kirby Chown, a senior litigator for many years at McCarthy Tétrault LLP, said Justice Lax was a role model for young female lawyers.

"It was never about her; it was always about the other person," Ms. Chown said.

Ms. Dennis said that her sister was a perfectionist whose tendencies were partly rooted in self-doubt, and partly in her parents' constant instruction that accomplishment is a treasured goal.

"It meant a lot to her to continually push herself beyond the next horizon; to be the best she could be at any chosen endeavour and reach a pinnacle within her field and the power establishment," Ms. Dennis said.

At home, Justice Lax took on the role of matriarch from her mother, regularly organizing large family get-togethers on Jewish festive days. Her passions included art, fitness and music – with a good deal of socializing mixed in. "She was a person who didn't mind a good martini and a dirty joke," Mr. Lax remarked. "She was known, in the best sense of the word, as a 'spunky broad.' "

Justice Lax leaves her husband, Clifford; children, Jonathan and Jessica; sisters Wendy and Nancy; and cousin Ellie Wasserman, who was taken in by her family.

Editor's Note: Friday's print edition of this obituary incorrectly stated Justice Lax attended high school at Northview Heights Secondary School. In fact, she attended Vaughan Road collegiate Institute. In addition, Ellie Wasserman was identified as a friend who was like a sister to Joan. In fact, Ms. Wasserman is a cousin who was taken in by Justice Lax's family. These errors have been corrected in this online version. 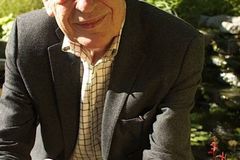 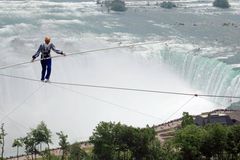