An inquest into the prison death of a deeply troubled teenager will be able to proceed after a judge on Wednesday rejected the federal government's last-ditch request for an emergency stay.

The decision came amid assertions prison authorities were trying to cover up the horrific treatment of Ashley Smith in Kitchener, Ont., that was captured on video.

In a ruling that took about an hour to decide, Divisional Court Judge Joan Lax dismissed the stay motion. Correctional Service Canada asked for the emergency halt to the much-delayed inquest to give it time to get the courts to review a ruling by the presiding coroner that the videos should be public.

The videos show, among other things, guards duct-taping Ms. Smith to an airplane seat, and forcibly injecting her with "chemical restraints."

Lawyer Julian Falconer, who speaks for Ms. Smith's family, accused the government of trying to put a lid on videos that document some of the abuse.

"This case is really about Correctional Service Canada taking all conceivable steps so that certain videos don't make it to the public record," he said.

Ms. Smith's family, with backing from presiding coroner John Carlisle, wants to use the tapes in support of a broader inquest that includes looking at how Ms. Smith was treated in prisons outside Ontario. Correctional Service had argued that the videos have not been put into evidence and should stay out of the public eye until they are, in order to avoid tainting the jury pool.

Corrections lawyer Joel Robichaud also said lawyers had undertaken not to release the materials, and doing so could jeopardize future co-operation between the department and coroners.

Dr. Carlisle is expected to announce on Thursday that the inquest will resume on Oct. 31. Earlier in the day, Dr. Carlisle reluctantly adjourned the inquest pending the outcome of the emergency-stay motion.

Five years ago, as guards looked on, Ms. Smith, 19, of Moncton, N.B., choked to death in her cell in Kitchener, Ont., after repeated episodes of self-harm.

She spent her final year in solitary confinement, shunted 17 times among nine different prisons in five provinces with little treatment for her mental illness.

The videos came to the fore because a handful of doctors — backed by Correctional Service — are challenging the scope of the inquest, arguing Dr. Carlisle has no jurisdiction outside the province.

Those arguments were to begin on Tuesday, but the government held up proceedings as it sought suppression of the footage even though Ontario's highest court had previously ruled a video showing Ms. Smith dying could be aired publicly. Dr. Carlisle rejected the request and ordered the hearing to proceed, with the expectation the videos would be screened.

"I can do no better than adopt his reasons," Judge Lax said in her decision.

Lawyers, who had arrived at coroner's court on Wednesday morning expecting to make arguments at the inquest, were furious at the government's tactics.

Public Safety Minister Vic Toews had little to say about his department's tactics.

"We expect the coroner's inquest will examine the facts and close the book on what has been a tragic incident," said Julie Carmichael, his spokeswoman.

"We express our condolences to the family of Ms. Smith."

Don Head, the Correctional Service commissioner, who has called Ms. Smith's duct-taping a "major problem," has not been available to comment. He is expected to be called as a witness.

An inquest jury was scheduled to start hearing evidence Jan. 14, 2013, and Dr. Carlisle deplored any delay, saying the inquest was "designed to save lives."

A report this week showed that the number of inmates hurting themselves in Canadian prisons has almost tripled in the past five years, with women disproportionately represented. 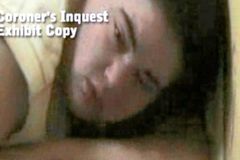 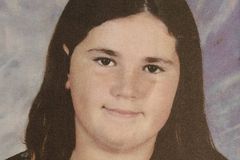