A judge trying to save his job over his conduct of a rape trial has called his comments to the alleged victim "unforgivable," and apologized to her, to the judiciary, to other abuse victims and to his family.

Federal Court Justice Robin Camp had asked the 19-year-old homeless complainant why, if she truly had not consented, "couldn't you just keep your knees together?" He also asked her during the 2014 trial, when he was an Alberta Provincial Court judge, why she did not sink her bottom down into the basin in which the act took place. These were among more than a dozen comments or questions, some of them aimed at the female prosecutor, Hyatt Mograbee, that formed the basis of allegations in a rare public disciplinary hearing convened by the Canadian Judicial Council, a body of senior judges.

"The thing I feel worst about is the questions I asked the accused. That was unforgivable," Justice Camp told the hearing on Friday, repeating an error he made several times during the trial: referring to the complainant as "the accused." At trial, he made the error even while explaining his reasons for acquitting the actual accused, Alexander Wagar. And he confused the two in the disciplinary hearing just after his lawyer, Frank Addario, asked him about that confusion. Justice Camp responded by saying he sometimes mixes up the names of his two grandsons.

The five-member panel conducting the hearing will have to decide whether he has so harmed public confidence that he must be dismissed. The hearing, in its fourth day on Friday, comes at a time of heightened concern about the quality of justice in sexual-assault trials after several high-profile cases in Canada and the United States, including the acquittal this year on multiple charges of CBC broadcaster Jian Ghomeshi.

It was the first time Justice Camp has spoken publicly about the comments he made during the trial, apart from an apology that ran on the Federal Court's website last year, and it was an opportunity to counter what his daughter Lauren had described, in a letter of reference, as a caricature of him as a misogynist.

Justice Camp, 64, a married father of three, was composed and articulate while testifying in front of his daughter and wife, pausing occasionally at times of emotion. He said he had learned that he has deep-seated prejudices toward sexual assault victims – "the prejudice that women all behave the same way and they should resist."

He said he derived this insight from the counselling of Justice Deborah McCawley of the Manitoba Court of Queen's Bench, feminist law professor Brenda Cossman and especially psychologist Lori Haskell. (Dr. Haskell testified earlier in the week that she had told him that abuse victims may freeze and be unable to resist or fight back, and they may also be unable to tell the full story later of what happened.)

Of the complainant, he said, "I could plainly see she is a fragile personality. Her background has not been easy. I was rude and insulting." (The complainant, a member of the Cree Nation, testified earlier in the week, saying he had made her hate herself and feel like a "slut." She said her mother had also been sexually assaulted in her life.) More than once, he used phrases such as "to my shame" and "to my sorrow" to convey his acceptance that he had done wrong. One of the panel members, Chief Justice Raymond Whalen of the Newfoundland and Labrador Supreme Court, read out a series of words such as "disgraceful and appalling" and asked which ones applied to his comments. Justice Camp accepted "disgraceful and appalling."

"Outrageous? They would be outrageous, yes."

He apologized to the judiciary, saying he had made its difficult job even harder, and to his family for the embarrassment he had caused them.

"In spite of this, my family has continued loving me."

Explaining why, during the trial, he told the prosecutor, Ms. Mograbee, that he hoped she did not live too long, he described it as "bantering" in the style he was used to from South Africa. But he said it was wrong. He added that he has already apologized to Ms. Mograbee. He said he takes comfort that she is a strong woman not intimidated by his comments.

Under skeptical questioning from lawyer Marjorie Hickey, who is presenting the case against him, he acknowledged that he did not immediately realize the depth of his wrongdoing after the Alberta Court of Appeal said he had relied on discredited stereotypes and threw out his acquittal of Mr. Wagar.

He said that in preparing to be a judge when appointed in 2012, he read leading cases on sex assault, including R v. Ewanchuk, involving another Alberta judge who had used insulting language to a complainant, and who had been rapped on the knuckles by two Supreme Court of Canada judges in 1999. But, he said, he had been in South Africa during the 1960s, 1970s and 1980s, and had not understood the changes to Canadian sexual-assault law intended to protect women from discriminatory attitudes.

Two panel members asked why he had not bothered to use the legal-education funds he receives as a judge to improve his knowledge of sexual-assault law.

The hearing concludes on Monday, and the panel is expected to reserve its decision.

Judge’s rape comments ‘made me hate myself,’ complainant testifies 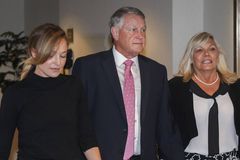 Judge who made rape comments sincere about improving, mentor says 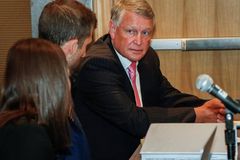 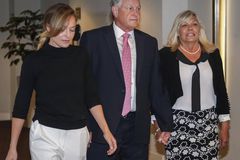