Judges are starting to fight back over Ontario mental hospitals that close their doors to mentally ill offenders.

In a string of recent decisions, Toronto judges have ordered hospital officials to stop shunting unfit offenders to provincial jails where they cannot be properly treated.

"The circumstances which have occurred constitute a serious affront to the authority of the court and a serious interference with the administration of justice," Ontario Court Judge Fran Kiteley said, awarding legal costs against the Crown in one such case.

With hospital and jail officials locked in battle, police are having to warehouse mentally ill individuals in holding cells.

The problem dates back 30 years, when the province established a deinstitutionalizion policy and vast numbers of mentally ill people were discharged into the community. Many committed crimes and found themselves caught up in the criminal justice system.

In spite of court orders requiring that these offenders be assessed or treated in mental hospitals, some hospitals refused on the basis that they were too full. Instead, offenders ended up in jail. In recent weeks, however, judges have signalled that hospitals must find room, a concerted move that could force the government to finally address the issue.

"We are struck with taking them in our central lockup, which is not the best facility for somebody who is ill," said Jerry Wiley, legal counsel to Toronto Police Chief Bill Blair. "No. 1, we are stuck with someone who is sick and may need treatment. No. 2, in some rare cases, they could be a danger to him or herself, or others.

"I'm not blaming anybody in particular, but I hate for us to be holding the bag. God forbid that one of these people should harm themselves or die in their cell. This has got to be resolved sooner or later."

Meanwhile, lawyers for the mentally ill are hoping that out of the chaos will emerge permanent legislative changes to eliminate clients languishing in a jail subculture most cannot navigate.

"Kafkaesque, is what it's called," said Toronto defence counsel Chris Hynes. "Bureaucratic insanity. Down in Provincial Court, the judges who are a bit more activist are forcing the issue. They have seen this going on for too long. There is a war."

Another defence lawyer, David Berg, said that after 30 years of controversy over the mistreatment of mentally ill offenders, the province may finally be shamed into providing proper funding to hospital forensic wings. "These people are unfit to stand trial and they are horribly ill," he said. "What's going on is unbelievable."

The pushback by judges took form several weeks ago, when Madam Justice Maureen Forestell of Ontario Superior Court tore a strip off Toronto's Centre for Addiction and Mental Health for refusing to accept an offender, Bahaeddine Hneihen, who had been in the Don Jail for two months awaiting one of the centre's 165 forensic beds.

"The detention of the applicant at the Don Jail was unlawful," Judge Forestell said. "To do so, was in direct contravention of the valid court order. ... It cannot be overridden by an opaque and bureaucratic process with no discernible criteria, no temporal limitations and no appeal."

Judge Kiteley went a step further. "The fact that the Crown takes the position that it can wash its hands of an accused person found unfit to stand trial is unacceptable, given that all of the proceedings are in Her Majesty's name," she said.

Ontario Court Judge Richard Schneider, who presides over Old City Hall courthouse's mental health court, said in an interview that events have brought a long-standing problem to a head.

"I think its common ground that all parties involved in the system would agree that keeping mentally ordered accused who have been ordered to hospital in jail cells is counter-productive and worsens their prognosis," Judge Schneider said. "We are mutually working toward improving the efficiency of the system. But at the end of the day, there is no doubt that we need further and better resources."

Robert Singer, a mentally ill man who spent several weeks at the Don Jail last summer before a CAMH bed came open, said that jail conditions are horrendous for the mentally ill.

"Cold, dank, lonely, dark - and all they do is scream at you," Mr. Singer said. "You very rarely get to see your psychiatrist. You have to tread very carefully. Some people are in there for life and are quite capable of heinous crimes."

About 15 to 20 per cent of the Ontario jail population has a serious mental illness - 6,400 people at any point in time - said Graham Glancy, a Toronto forensic psychiatrist at Maplehurst Correctional Complex.

Dr. Glancy said that an entire row of cells at Maplehurst is reserved for chronically psychotic offenders who refuse to take medication. They are let out of their cells for just 20 minutes a day to shower or exercise.

"They have nothing," Dr. Glancy said. "They just lie there. Out of boredom or passive aggression, some of them smear feces all over the walls and ceiling. It's unbelievable. Every couple of weeks, you have to get a power washer to wash the walls."

Many critics, including Dr. Glancy, accuse CAMH of focusing too much on patients and treatments that will enhance its international reputation - at the expense of unglamorous forensic patients.

"I'm absolutely convinced that CAMH has not made this a priority for the last 20 years," Dr. Glancy said. "Cities like Ottawa and London are better resourced but Toronto is terrible. It's a disgrace, really. They have not requested that the Ministry of Health give them the money for this. They could double their beds tomorrow and I'm sure we would move people into them."

Mr. Hynes said that CAMH front-line workers pay the price for decisions made by the centre's privatized board of directors. "Everyone just buys their disingenuous claims about funding," he said. "Quite frankly, they are more interested in helping you grieve over your dead pet than they are about psychotic people. The real reason they don't want to accept people is they don't want CAMH to turn into the Don Jail."

However, Sandy Simpson, clinical director of the Law and Mental Health Program at CAMH, disagreed. "It's quite the opposite," he said. "But the only answer to more demand is not more beds. We have just received funding to develop some other pathways of care. We are developing a range of options - not simply a bed option - to cope with the need."

Like any other institution, CAMH staff have a finite budget, Dr. Simpson said. "Frankly, there is nothing opaque about the way decisions are made," he said. "They are driven on judicial requirements and clinical need. We triage the needs of everybody who need care on that basis."

While it is distressing to have mentally ill people caught up in the prison system, Dr. Simpson said, "making valid judicial orders where there is no space actually doesn't create space. It is not that I am flouting them, or that CAMH is flouting them. We are simply unable sometimes to provide a bed to someone who is not in urgent need."

But Toronto mental health lawyer Anita Szigeti said that money will continued to be siphoned away to fight for the welfare of mentally ill offenders as long as hospitals fail them.

"All of those dollars should be going to other things," she said. "Instead, we are constantly draining away all sorts of money trying to enforce lawful court orders."

Opinion
We need a continuum of care for mentally ill offenders
November 22, 2010 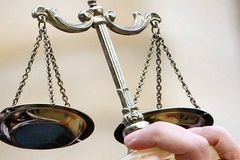 Opinion
The death of Ashley Smith: Prisons can't handle the mentally ill
November 3, 2010
Follow us on Twitter @globeandmail Opens in a new window
Report an error Editorial code of conduct
Due to technical reasons, we have temporarily removed commenting from our articles. We hope to have this fixed soon. Thank you for your patience. If you are looking to give feedback on our new site, please send it along to feedback@globeandmail.com. If you want to write a letter to the editor, please forward to letters@globeandmail.com.
Comments