Gilbert Rozon, the founder and majority shareholder of Just For Laughs, refuted all allegations of sexual misconduct against him on Wednesday in his first public remarks since being accused last October.

Rozon told a reporter for the TVA news agency outside the Montreal courthouse he apologizes if anyone felt his advances were out of place.

"I never had sex with anyone against their will," said the businessman, who founded one of the city's most famous summer festivals. "These stories are ... we'll see what the motivations are."

The influential entertainment mogul faces allegations from at least 10 women who accuse him of either sexually harassing or sexually assaulting them.

In response to the allegations, Rozon said he would sell his majority shares in the Just for Laughs company he founded in 1983.

He was in court on Wednesday testifying during legal proceedings initiated by Quebecor Inc., related to the selling of his shares.

Media giant Quebecor – which owns the TVA news agency – is claiming the embattled, Montreal-based Just For Laughs company cannot be sold without its consent.

The media company filed a request for an injunction in Quebec Superior Court, demanding its 2012 partnership deal with the comedy festival be respected. Quebecor claims the agreement gives it a right of first refusal regarding the sale of the company.

He told the media outside the courtroom on Wednesday, "I refute (the allegations) and I hope we are still living in a society that favours, that privileges, the presumption of innocence."

A group of women announced in November they filed an application for a class action lawsuit against the businessman, claiming he "abused at least 20 victims over a period of 34 years," between 1982 and 2016.

No charges have been laid, and none of the allegations have been proven in court. 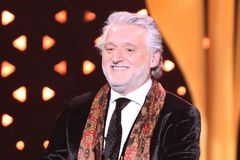 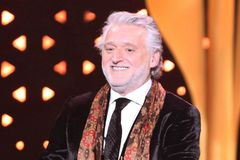