Justice Minister Jody Wilson-Raybould has praised a U.S. project in which police invite external advocates to assist in their reviews of sex-assault cases, citing the potential for additional oversight to improve confidence in Canada's justice system.

As Canadian police forces review cases in response to a Globe and Mail investigation that revealed officers classify one out of five sex-assault files as unfounded, the minister lauded the review system adopted 17 years ago in a bid to improve the way it handles sex-assault cases.

The approach, known as the Philadelphia model, is considered the gold standard in police accountability. "Without a doubt, the Philadelphia model is one of the most exciting policing initiatives in this area," Ms. Wilson-Raybould said on Wednesday morning at a conference organized by the Department of Justice on the judicial system's response to sexual assault. Ms. Wilson-Raybould called Canada's unfounded rates "unacceptably high."

Read more: Unfounded: How do you fix a broken system? One U.S. city offers a model for handling sex-assault cases

In the month since The Globe's investigation launched, at least 54 police services – about a third of the country's forces – have committed to auditing files that were dismissed as unfounded.

But to date, The Globe has found only five police services – North Bay, Brantford, Cobourg and Hamilton in Ontario, and the Canadian Forces Military Police Group – that have expressed openness to including advocacy groups in those reviews. Academics and activists have said that case reviews without any outside perspective will be not effective.

"Internal reviews won't address the issues that caused this situation to begin with, nor do they offer a solution for the years to come," said Sunny Marriner, who has been leading a campaign to bring the Philadelphia model to Canada. "If we're serious about transparency and making real change, external reviews conducted annually by experts [in violence against women] are key. Philadelphia showed us the path. We just need to be willing to walk it."

The Philadelphia model was a central topic at Wednesday's Knowledge Exchange 2017 conference in Gatineau, Que., which focused on the criminal-justice system's response to sex assault against adults.

Terry Fromson, the managing attorney of the Women's Law Project in Philadelphia, and Thomas McDevitt, a retired lieutenant with the Philadelphia Police Department's special victims unit, were among the speakers.

The Women's Law Project, a legal centre devoted to the rights of women and girls, is one of four groups that participate in the annual case audit.

"I have been reading the press that you've all faced recently about the high unfounded rates, and I can relate very well to the shock of the news. It's not dissimilar to what happened in Philadelphia in 1999," Ms. Fromson said.

In the late 1990s, the Philadelphia Inquirer revealed that for decades police had been downgrading thousands of rape allegations to a non-criminal "investigation of a person" category. In addition, investigators were dismissing 18 per cent of rape cases as unfounded, meaning the officer did not believe a crime took place. The police commissioner, John Timoney, overhauled the sex-assault department and invited local advocacy groups to review the files.

Ms. Fromson said the key element of the arrangement was that the advocacy groups made it clear they were not there to fight or shame police. She warned that while the reviews can be "uncomfortable" at times, especially in the early years, the audit is "not a gotcha."

Every spring, the advocacy groups spend about four days going through approximately 400 mostly unfounded sex-assault cases. They look at such issues as: Was an investigation thorough? Were witnesses interviewed? Did the officer collect, process and review evidence before making a determination? Did the officer ask "victim-blaming questions" or accuse the complainant of lying?

"We mark up little post-its with any questions, comments, concerns that we have and we put them aside. And after we complete all of the files, we meet with the captain of the unit and the supervisors from each shift and we go through those files," Ms. Fromson said. "We always find problems. It's gotten better. It's not perfect."

Mr. McDevitt, who spent 17 years supervising sexual-assault investigations, said that in the early days of the reviews, it was determined that the bulk of the unfounded cases got that classification after a complainant recanted. He now believes perhaps 90 per cent of those were not false reports.

"We realized: Was that recant because it didn't happen or because of the way they were treated by the police officer or the system," he said. "I always tell my people, 'Why would someone come in and go through everything they went through just to tell a lie?'"

The former lieutenant said that police training back then, which did not always prepare officers properly to handle sexual assault, could lead to cases being improperly declared unfounded.

"We didn't know [about] the neurobiology of trauma," he said. "Unfortunately for our victims at the time … in police work you're taught inconsistencies means someone's not telling the truth. … We're learning now, you have to expect that."

Since Philadelphia began its outside-case review process, the unfounded rate has plummeted from 18 per cent to 4 per cent. 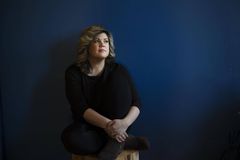 In Canada's North, challenges of handling sex assault loom large
February 28, 2017
How do you fix a broken system? One U.S. city offers a model for handling sex-assault cases
February 10, 2017
Follow Robyn Doolittle on Twitter @robyndoolittle
Report an error Editorial code of conduct
Due to technical reasons, we have temporarily removed commenting from our articles. We hope to have this fixed soon. Thank you for your patience. If you are looking to give feedback on our new site, please send it along to feedback@globeandmail.com. If you want to write a letter to the editor, please forward to letters@globeandmail.com.
Comments