In his first opportunity to speak directly to Canadians, Supreme Court nominee Malcolm Rowe staked out a liberal position on Charter rights, impressed a Quebec separatist with his spoken French and displayed his greatest passion on questions related to indigenous peoples and the law.

"You have to look at it through the eyes and experience of indigenous peoples," he said, referring to indigenous rights cases, "otherwise you don't understand it. The first thing you do is listen."

The comments from Justice Rowe, who stands to become the first Supreme Court judge appointed by Prime Minister Justin Trudeau, and the first ever from Newfoundland and Labrador, came at a fast-paced nomination hearing before a panel of Parliamentarians and an audience of 150 law students at the University of Ottawa. The Liberal government allotted just five minutes for each of 14 MPs and Senators to talk to Justice Rowe. Conservatives used their time to draw out the 63-year-old jurist on why he said on an application form that judges in a constitutional democracy make law rather than simply interpret it.

Replying to Alberta Conservative MP Michael Cooper, Justice Rowe said that in Charter cases, "It is our responsibility to encroach upon the authority of Parliament."

When Conservative Senator Bob Runciman of Ontario tried to pin him down on how deferential he would be to legislators – citing a case where the Supreme Court struck down a mandatory minimum penalty for illegal gun possession – Justice Rowe did not answer precisely, but said judging Charter cases is "an exercise in favour of the rights of Canadians."

The issue of making rather than applying the law is as close as Canada has to a litmus test for judges. Ever since Conservative Stephen Harper declared while he was prime minister that judges should restrict themselves to applying the law, some Canadians have used that to put judges into two camps, liberal or conservative. In the United States, the issue of abortion is a similar dividing line. Justice Rowe's comments place him squarely in the liberal camp, an impression reinforced by the Supreme Court judges he said he admired – mostly those known as the great liberals from the Charter's early period, such as Bertha Wilson and Brian Dickson. (His favourite, though, was John Sopinka, who as a lawyer wrote a major text on criminal law before becoming a powerful presence on the court.)

The 24 legislators at the session (10 had no speaking parts) were not legally constituted as a Parliamentary committee and had no legal power to create their own terms for questioning the nominee. The Commons justice committee will meet on Thursday to decide whether it supports the nomination. If the Prime Minister wishes to go ahead, the judge could be sworn in as early as Monday, a justice department spokesperson said.

Justice Rowe is the first candidate chosen under a process in which the Liberal government invited applications from across Canada.

Mr. Harper in 2006 created the first hearing at which a Supreme Court judge, Marshall Rothstein, answered questions from Parliamentarians. Mr. Harper cancelled the hearings after the Supreme Court rejected one of his nominees, Justice Marc Nadon of Quebec, as legally unqualified. His last three picks (justices Suzanne Côté, Clément Gascon and Russell Brown) had no hearing, and no introduction to Canadians apart from brief news releases from the Prime Minister's Office.

Justice Rowe, tall and long-haired and dressed in a blue suit, blue shirt and blue tie, painted a portrait of his father growing up in the fishing community of Seldom-Little Seldom, Nfld., with no roads or electricity, and his mother in Lamaline. He spoke of his experiences with Canadians of diverse backgrounds in a leadership development program, Action Canada, in which he took part for 15 years.

The hearing was respectful, but did not have the same deferential tone as the one with Justice Nadon. Some sparks came when Conservative Senator Denise Batters, and later New Democrat Tom Mulcair, questioned Justice Rowe about his majority ruling in a sexual-assault case in which he criticized a trial judge for allowing inappropriate questions of the complainant, but refused to overturn a jury acquittal. Justice Rowe said he could not discuss specifics, but called sexual assault and harassment "revolting behaviour," and added that "effective judicial intervention" is important.

Justice Rowe also said his knowledge of Quebec's civil code was limited, and that he would be comfortable speaking in French with his Quebec colleagues.

Independent Liberal Senator Murray Sinclair, who was chair of the Truth and Reconciliation Commission, asked about his knowledge of indigenous issues. Justice Rowe replied that his base comes in part from criminal cases in Labrador in which he saw "social disintegration."

Justice Rowe also said, in response to a question about why he wants to be on the Supreme Court, that he hesitated before applying because of the enormous responsibility: "I wear it heavily." But the country has been "darn good to me," he said, and he wished to give back. 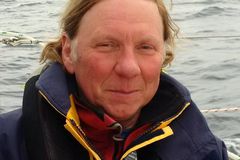 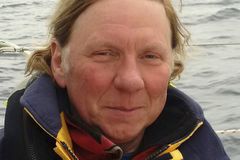