Eight years ago, Prime Minister Stephen Harper created the first U.S.-style parliamentary hearing in which legislators could ask questions of the newest judge on the Supreme Court of Canada.

Today, those hearings appear to be a relic of the past. This week, Mr. Harper appointed Montreal lawyer Suzanne Côté, 56, to the court, but will not hold a hearing for her.

It was the second appointment in six months with no hearing – and the government blames The Globe and Mail.

Why did Mr. Harper create the parliamentary hearing for Supreme Court nominees in the first place?

He said he wished to make the appointment process more open.

"This hearing marks an unprecedented step towards the more open and accountable approach to nominations that Canadians deserve," he said just before the first hearing in 2006, with Justice Marshall Rothstein of Manitoba.

What was the government's stated reason for cancelling the hearings?

A document signed by Justice Minister Peter MacKay and tabled in the House of Commons in September said a Globe article in May "purported" to reveal the names of candidates considered for a previous Supreme Court vacancy. (The article showed that four of the government's six candidates for a Supreme Court job were ineligible.) "As a result of this," Mr. MacKay said, "the government chose not to constitute a Selection Panel, nor to arrange for an ad hoc parliamentary committee" for the appointment of Justice Clément Gascon in June.

Is there another possible explanation?

Revealing the names on a government short list has nothing directly to do with a parliamentary hearing at which a new judge is asked questions. According to a senior judicial source, the government is worried about tough questions being asked in public of its choice for the court. When there was a parliamentary selection committee, the opposition parties participated and had a stake in the Prime Minister's ultimate choice. Now that they are no longer involved in the selection process, the opposition would have more reason to ask critical questions.

What is the legal community's response?

"We're moving in the wrong direction in terms of making that process more transparent and understandable, a process that would build confidence in the system," said Michele Hollins, president of the Canadian Bar Association, representing 37,000 lawyers.

What were the politics behind the Prime Minister's choice of Ms. Côté?

There was pressure to appoint a woman – until now, just one in seven of his Supreme Court appointments (including the failed appointment of Marc Nadon) was a woman. It's an election year, and the government hopes to make some gains in the Quebec City area. Plus, there's a tradition that one of the three Quebec judges on the Supreme Court is from Quebec City. But that city's two full-time female judges on the Court of Appeal, Justice Julie Dutil and Justice Dominique Bélanger, both with excellent reputations, are perceived as small-l liberal. Mr. Harper didn't think much of the province's legal community when he put four judges from the Federal Court in Ottawa on his list of six candidates a year ago. Ms. Côté, who practises business law and is widely respected in the legal community, was a low-risk option.

What should people expect of Ms. Côté as a judge?

Where she stands on government attempts to limit judicial discretion in sentencing, or on the role of judges in defending Charter rights, isn't known. She is said to be independent and extremely curious – not someone who takes the well-trodden path. Whether she will be the conservative dissenter Mr. Harper has been looking for (Justice Nadon was described as a "vocal arch-conservative" in a book by a judicial colleague's wife) remains to be seen.

The Prime Minister has appointed a majority of the Supreme Court judges. How has that worked out for him?

Not well. The Conservative government is coming off an annus horribilis at the Supreme Court. A conservative thinktank just reported that the year had more big decisions than any year in recent memory – and of the 10 biggest, the government was a clear winner in just one. He has chosen conservative-leaning judges such as Justice Richard Wagner of Quebec, whose late father Claude was once a Progressive Conservative leadership candidate, and Justice Michael Moldaver of Ontario, who in a speech once blasted defence lawyers, saying they were trivializing the Charter of Rights. But most big decisions from the Supreme Court, including on criminal law, have gone unanimously against the government. 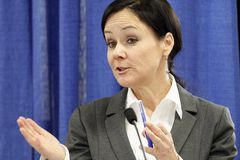