Ten-year-old Kylie Stanley, a tiny girl with a baby-like voice but a big personality, suffered from blurry vision, as if she were always looking through dirty glass. She had cataract surgery – and then her most pressing concern was whether her eyes would be too good for her to go back to her favourite summer camp.

Kylie has been a camper at Camp See-Ya, one of 11 week-long camps at Brigadoon Village, a non-profit residential facility for kids with a chronic illness, chronic condition or special needs. Set on 100 acres on Aylesford Lake in Nova Scotia's Annapolis Valley, Brigadoon is in its second full summer – and the only camp of its kind in Canada.

There are standalone camps around the country for kids with cancer, for example, but not another like Brigadoon that rotates children with different medical challenges – visual impairment and blindness, Crohn's and colitis, kidney disease, cardiac issues – through the facility. There is even a week-long bereavement camp for kids whose siblings or parents have died.

About 500 children are coming to Brigadoon this summer. Most are from Atlantic Canada, but the program is expanding to children from other parts of the country.

This week, there are 30 campers between the ages of 8 and 15 at Camp See-Ya – including Kylie, who is back with her camp friends, some of whom have limited vision and others who are blind and navigate the bumpy paths with a cane. While her surgery was successful, Kylie still has problems with light sensitivity and other issues related to having been born without an immune system because of a genetic condition – severe combined immunodeficiency. Her various treatments mean she is nourished through a feeding tube.

"Well, I just think it's awesome," she says of the camp, adding that her favourite activity is the polar bear swim: the early-morning plunge into the cold lake.

"She has no fear," says her mother, Chantal, who said she felt "horrible" when she first broached the subject of the camp with her daughter. However, she felt she "needed to present the opportunity to her."

The campers picked the names for their camps; they have a good sense of humour.

Next week, the children with kidney problems will attend Camp Lots-a-wata, while the cardiac kids are at Camp Braveheart. (Last year, the Braveheart boys quickly doffed their shirts to play soccer, no longer self-conscious about the zipper-like scars on their chests left over from surgery.)

Executive director David Graham says his hope is that "a child dropped into our program wouldn't be able to tell the difference between Brigadoon and a top private program anywhere else in the country – simply because these kids deserve it."

It costs about $1,000 per child, which is mostly covered through donations. Brigadoon's annual budget is $1.8-million. It's a fundraising challenge and an organizational marvel as counsellors must be trained for each specific session and medical experts move in and out for their various weeks.

The camp is designed to ensure all kids get as much as they can out of their week, physically and emotionally. But it doesn't always work out. One girl with epilepsy was sent home this week after she had a seizure; camp officials felt her seizures would continue and she wouldn't be able to thrive there.

For those who do stay, special efforts are made. For example, the best view of the lake is from the infirmary as kids sitting attached to an IV receiving chemotherapy can at least enjoy the scenery.

"We needed to make it inspiring. We needed to make the lodges grand … why cheap out for this population? Why not make it a beautiful place for them," says Dave McKeage, 45, who founded the camp. He was diagnosed with cancer when he was 11 years old and there were no camps for him then. He has had two more recent occurrences.

It took more than a decade – including raising $8-million, a damaging hurricane and the discovery of a Mi'kmaq archeological site that required hundreds of thousands of dollars to excavate – for Mr. McKeage, a former public relations official, to realize his dream. "I was just waiting at one point for the plague of locusts and the frogs to come raining down," he said.

Anthony Otley, a pediatric gastroenterologist, started Brigadoon's inaugural Camp Guts and Glory, for kids with Crohn's and colitis. Outwardly, the kids don't look sick but some have an ostomy: Their colons have been removed so they have pouches attached to their abdomens, or they have to take medication through a tube.

Attending a regular camp, given the special care and sometimes embarrassment, may not be an option.

Dr. Otley says the response to that first camp was moving: "This was five days – five days – and the kind of impact that it had not only on kids that attended but on their parents – how they felt so relieved, so comfortable that they saw their kids could have this opportunity. It was great." 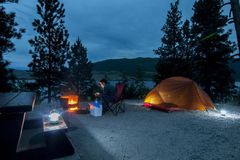 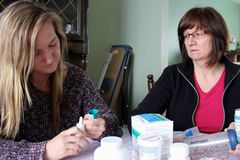 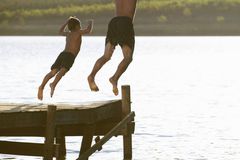 Ottawa camp tries to mend the divide between Arab and Jewish Israeli teens
May 29, 2014 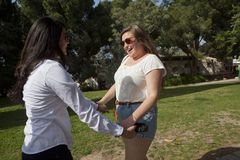