Even those who live there and love it acknowledge that La Loche, Sask., has a rough reputation that goes back far beyond Friday's shootings.

The character stems from a swirl of economic, demographic and social factors that, blended together, make for a volatile town that is mirrored in the halls of La Loche Community School, scene of two of the shooting deaths on Friday.

"People say it's a tough town, that it's a scary town," said resident and former alderman Keith Shewchuk. "It's always had this reputation, so to speak. But when you get here, well, it's a beautiful town. People are really, really, close."

La Loche's statistical indicators offer partial explanation for the community's status. Like so many remote, predominately aboriginal communities in the country, it is struggling to balance an abundance of youth As of 2011, nearly half of the town's population was 19 years of age or younger. The school, meanwhile, has frequently ranked among the worst in the province. A 2011 ranking of provincial schools by the Atlantic Institute for Market Studies handed La Loche Community School one of three F grades, making it 169th out of 170 schools in the province.

There is little incentive to study hard and graduate, Mr. Shewchuk said, due to a shortage of job opportunities in the area. Unemployment hovers around 50 per cent and the median income in 2011 was under $15,000. The low economic activity is particularly galling for locals considering the active mineral and energy extraction activity in the area. Fort McMurray, Alta., lies 100 kilometres west and one of the world's biggest uranium deposits is close by.

Many in the region are torn between protesting the resource development that threatens their land-based way of life and embracing the potential jobs resource companies offer.

"The youth who do graduate, where do they go? What can they do? They can't live in La Loche because there are no jobs," Mr. Shewchuk said.

La Loche rarely makes provincial or national headlines, but when it does there is usually violence, fire or suicide attached to the story.

In 2014, three men smashed through the front doors of the local health centre with baseball bats and machetes trying to confront an injured man inside, according to the RCMP. Three years earlier, Mounties barricaded the health centre when a throng of locals burned an RCMP truck and gathered outside to take issue with an attempted arrest that left a resident injured. Tensions between Mounties and the community were only beginning to ease following the 2008 fatal shooting of a local man by an officer executing a warrant.

Slightly more than five years ago, a community survey found that what the town's youth craved above all was a community centre geared to them. After years of local fundraising, much of it coming from bingo games, the town is finally constructing a youth centre.

But the project could be too late for some educators. One resident, who did not want to be named, said much of the town was talking about a moving truck that appeared in front of one teacher's home shortly after the shooting incident.

On Sunday, the acting mayor said he wants the school, now a murder scene, to start over, from the foundation up. "Personally I want the school rebuilt … because of the trauma that happened," said Kevin Janvier, after meeting with provincial and national leaders.

Uneasy feelings about the school existed long before the shooting. One teacher who works at the Clearwater River school, about 14 kilometres away from La Loche, told The Globe and Mail that he never wanted to work at La Loche due violent incidences and lockdowns that he saw as a reflection of the social and economic stresses facing the town.

"It just doesn't feel safe there at all," said the teacher, who did not want to be identified. "There's just too many children that are so angry about life. There's no way I could work there. The students are going through too much, there are too many negative things."

Distressed students have little access to counselling and other mental-health help that would be commonplace in more populated areas. There were 43.4 suicides per 100,000 people in the region between 2008 and 2012, compared with 10.2 for Saskatoon, about 600 kilometres southeast.

"This tragedy is a major [warning] to Premier Brad Wall that mental-health services and programs must be a priority for indigenous communities," said Judy Hughes, regional director of violence prevention and community safety for the Saskatchewan Aboriginal Women's Circle Corp.

"The high number of youth suicides and attempted suicides in the North have got to be stopped and I hope that a primary outcome of the losses in La Loche will be that the Saskatchewan government takes steps to provide the required resources for effective community approaches to address the mental-health needs and well-being of our children and youth."

For his part, Premier Wall visited La Loche on Sunday and pledged to help the grieving community for "as long as necessary."

Locally, help is already pouring in. Surrounding communities are holding auction sales to help families with funeral costs. A gofundme.com site had raised nearly $13,000 for victims of the shooting. The rough town is being wrapped in compassion.

Despite the reputation, warmth and passion have defined town life for long-time residents. "I love La Loche; we all love each other," Mr. Shewchuk said. "That has never changed." 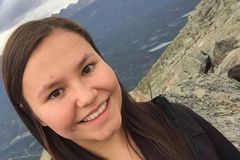 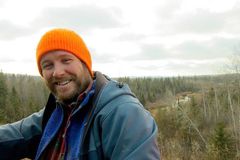