The Ontario Court of Appeal intends to release its landmark decision on the legality of the country's prostitution laws on Monday.

After deliberating for nine months, a five-judge panel of the court is faced with the task of deciding whether or not to decriminalize three anti-prostitution provisions on the basis that they actually endanger prostitutes rather than adding to their safety.

The decision under appeal struck down the laws governing pimping, keeping a brothel and communicating for the purposes of prostitution.

The trial judge, Ontario Superior Court Judge Susan Himel, based her decision on a broad conclusion that current laws offer little protection. She pointed at evidence that violence against sex workers is endemic – from serial killings by Vancouver farmer Robert Pickton, to missing prostitutes in Alberta and frequent violence against sex trade workers in the Atlantic region.

"By increasing the risk of harm to street prostitutes, the communicating law is simply too high a price to pay for the alleviation of social nuisance," Judge Himel said. "I find that the danger faced by prostitutes greatly outweighs any harm which may be faced by the public."

Should the Court of Appeal uphold Judge Himel's judgment, it will almost certainly lead to the creation of brothels, legalized pimping and open communication between prostitutes and prospective clients.

The decision would be binding on all jurisdictions in Ontario and would set the stage for similar challenges in other provinces and an ultimate showdown at the Supreme Court of Canada.

Whether the impact of the ruling is felt immediately is up to the Court of Appeal. In the past, judges have often suspended the effects of a decision in order to prevent confusion and to give governments an opportunity to draft new legislation that conforms with the law.

However, the prostitution decision could be an exception to that pattern. Judge Himel refused to suspend the effects of her decision on the basis that the prostitutes were endangered on an ongoing basis and the appeal judges could adopt a similar approach if the opt to strike down the provisions.

(In fact, Judge Himel's decision ended up having no immediate impact because the Court of Appeal agreed to the Crown's request for a temporary stay.)

Both sides in the case spent years amassing a vast body of international evidence, including dozens of witnesses.

During a week of oral hearings last June, the court heard government lawyers defend the provisions as a necessary way to regulate prostitution for the good of prostitutes and society.

They argued that police would be hamstrung when it comes to controlling street prostitution and investigating pimping if the laws were invalidated.

Federal Crown counsel Michael Morris alleged that Judge Himel misunderstood the significance of evidence, paid heed to witnesses who didn't know what they were talking about and erroneously allowed herself to be drawn into a policy debate that belongs exclusively in Parliament.

Mr. Morris insisted that prostitution is an economic choice that sex workers make knowing that it is unsafe and that the challenge before the court is based on a false premise that the state must protect prostitutes regardless of how they engage in their work.

"It is not a constitutionally protected right," he said.

Ontario prosecutors Christine Bartlett-Hughes and co-counsel Jamie Klukach and Megan Stephens maintained that prostitution is inherently degrading and unhealthy, and should not be encouraged as a "career choice" for young women through a slack legal regime.

They said that lifting the provisions would endanger the current street prostitution population – many of whom are in the industry involuntarily.

Parliament has a perfect right to balance a range of factors that come into play, the Ontario lawyers said, including ensuring that children are not exposed to bad role models and that neighbourhoods are not overrun by prostitutes and their customers.

Mr. Klukach said that Judge Himel jumped to the erroneous conclusion that striking down the laws would allow prostitutes to operate more safely indoors. "Violence against prostitutes would continue regardless," she said. "In a decriminalized regime, you're still going to get violence."

Mr. Bartlett-Hughes maintained that prostitutes are not involved in "sexual slavery," but have been forced to make a "high constrained choice" to sell their bodies for money.

However, York University law professor Alan Young argued for the litigants that the laws force women to work in unsafe conditions without protection of security staff or bodyguards.

"You can't deter legal conduct by making it riskier," Mr. Young said. "It is ethically unsound. No government should be able to endanger its citizens in the name of sending a message."

He contended that prohibiting communication renders prostitutes unable to "screen" potential clients, hire security or move behind the relative safety of closed doors.

Among prostitutes, opinions are divided over the Himel decision. Some applauded it as a move toward ending the constant jeopardy that many of them face in their trade. Others feared being caught in red tape as they deal with health inspectors, tax collectors and licensing officials as a result of decriminalization.

In her ruling, Judge Himel emphasized that chaos would not reign in the streets in the event of decriminalization. She said that other Criminal Code provisions would permit authorities to control violent pimps or prostitutes who become a nuisance.

Prof. Young adopted a similar tone after her decision, telling reporters: "Most of the stuff you heard of, 'Oh my God, the sky is going to fall and we're going to have prostitutes at every street corner,' is really the government making the standard argument to frighten both courts and the public into not wanting change."

Prime Minister Stephen Harper has indicated previously that he would fight as far necessary to uphold the laws. Following the initial Bedford decision, he said that the sex trade is "bad for society. That's a strong view held by our government and, I think, by most Canadians."

In the meantime, the government is playing for time in the event of an adverse decision. Mr. Morris asked the appellate judges last June to give the government 18 months to draft new laws that will prevent neighbourhoods being plagued by prostitutes and a proliferation of brothels. 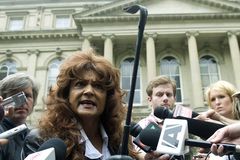 Opinion
On prostitution, the government's case is weak
June 14, 2011 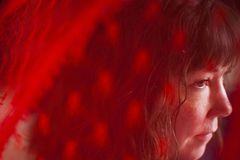 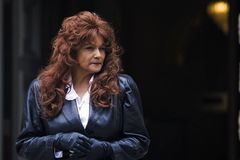 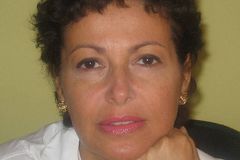