The day before the plane crash that killed him and six others, Jean Lapierre was apprehensive about flying in bad weather, but he was determined to travel because he wanted to comfort his grieving mother, a co-worker said.

Mr. Lapierre, a former federal cabinet minister and influential political commentator whose death on Tuesday shocked Quebec, had shared his concerns about flying during a conversation the previous day with Paul Arcand, his morning radio co-host at the 98.5 FM station in Montreal.

Mr. Arcand recalled on his show Wednesday that he had spoken with Mr. Lapierre, 59, who was leaving for his native Magdalen Islands because his father, Raymond, had just died.

"Already on Monday, I knew that Jean was worried," Mr. Arcand said, explaining that Mr. Lapierre told him he was going to take his wife, Nicole Beaulieu, and three of his siblings on a friend's private plane, leaving from St-Hubert Airport south of Montreal.

"He said, 'The only thing that bugs me is the weather. Apparently it's not nice. But I'm going to see Mommy. … She's with my sister. It's important that we be there by her side.'"

In addition to Mr. Lapierre, his wife, two brothers, one of his sisters and two crew members perished in the crash.

As political leaders of all stripes voiced shock and sadness over the death of one of Quebec's best-known and respected commentators, investigators with the Transportation Safety Board arrived on the windy archipelago Wednesday to begin examining the crash site. The Mitsubishi MU-2B aircraft still lay in pieces on the ground amid rolling hills in a residential area, a few kilometres from the airport.

Mr. Lapierre had turned to an experienced pilot, Pascal Gosselin, to fly him on Mr. Gosselin's private plane to the Magdalen Islands. The two men knew one another, and Mr. Gosselin had flown Mr. Lapierre and family members to the islands last May. In a statement, the Gosselin family said it was devastated by the accident, and it extended its sympathies to the Lapierres, with whom it shares "deep links of friendship."

As they begin their probe, TSB investigators say the crash appears to be an "approach-and-landing accident," referring to a phase of flight of particular concern to the safety board and to similar investigative agencies around the world. "There are quite a few accidents that occur in the approach-and-landing phase and we'll be looking in detail at that," investigator Mike Cunningham told reporters on the islands.

At the time the twin-engine Mitsubishi crashed at 11:40 a.m., the islands were under fog, light rain and mist, with visibility limited to four kilometres. Commercial airlines cancelled their flights.

One of them was a large regional carrier, Pascan Inc. "The weather just deteriorated to the point where we had no choice but to cancel the flight," said Yani Gagnon, a vice-president at the airline. "The [cloud] ceiling was too low, and then the weather just got worse during the day. The winds were crazy."

The cloud ceiling at midday was 61 metres (200 feet). The minimum cloud ceiling required for landing is about 120 metres (400 feet). A low ceiling means a plane emerges from the clouds with little clearance. "So if there's any emergency, it would be too close for comfort," he said.

Under Canadian regulations, runway visibility must meet certain standards for a pilot to begin the approach for landing. If visibility is below the threshold, the approach cannot be started or must be aborted.

Daniel Cadieux, a pilot with 32 years' experience who had flown to the Magdalen Islands dozens of times, said the airport is known for its short runway and sharp winds. "It is very, very challenging," the Air Canada pilot said.

The weather on Tuesday at midday included winds gusting to 56 kilometres an hour. "They were difficult conditions for the approach," Mr. Cadieux said. "The weather was getting worse and worse."

Attention is also focusing on the Mitsubishi plane, which is not commonly flown in Quebec and has a controversial record. In the United States, following 14 fatalities in 13 separate accidents involving the MU-2 over two years, the Federal Aviation Administration launched a formal safety evaluation and mandated a tougher pilot-training regimen.

The training, in effect since 2009, is known as SFAR 108 – Special Federal Aviation Regulation No. 108. Mr. Gosselin boasted on his Facebook page that he had passed the SFAR 108 training. Acquaintances have posted a screengrab from Mr. Gosselin's Facebook account where, next to a photo of his MU-2, he had written: "FAA SFAR 108 special pilot training – DONE!"

The comment was posted in the summer of 2014, said Mikel Pelletier, who had shared the image. Online records show that a Pascal Gosselin was certified by the FAA as a private pilot in June, 2014.

Transport Canada has sent two inspectors to St-Hubert to verify that the operator complied with Canadian aviation regulations at the time of the accident. The aircraft involved in the accident is registered in the United States, and department officials are working with their counterparts at the FAA to go over the case, Transport Canada said. 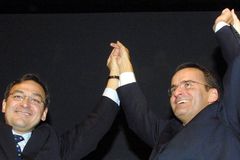 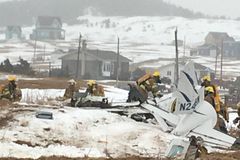