"For me, regardless of whether there is a mandatory course or not, I cannot teach criminal law responsibly without weaving in the treatment of aboriginal people in the legal system," said Dr. Kerr, who was an attorney at Prisoners' Legal Services in Abbotsford, B.C., before moving to academia.

So instead of starting her course in the traditional way, by focusing on how to establish guilt or innocence, Dr. Kerr began by talking about a justice system that incarcerates aboriginals at 10 times the rate of the non-indigenous population.

And she also talked about how understanding aboriginal-law issues – like the failure of sentences to take the backgrounds of offenders into account – expands ideas about justice.

This past June, the Truth and Reconciliation Commission (TRC) said all law students must learn more about how aboriginal people have interacted with the justice system. And in one of its recommendations – No. 28 – the TRC also said that law schools must establish a mandatory course in aboriginal law and intercultural training. It's a measure schools have been debating for much of the summer and fall.

Only the Peter Allard School at the University of British Columbia and the Bora Laskin Faculty of Law at Lakehead University currently have such a requirement.

While some academics argue that professors must be free to set curriculum, others say schools should be teaching more aboriginal history, as well. At the same time, law professors are already implementing changes to what and how they teach that put the aboriginal perspective and experience first.

"We want to take very seriously what the TRC is saying, and the TRC is calling on law schools across Canada to have a course. But sometimes when you put an issue in a course and make that mandatory, it can either marginalize that issue, or students might feel forced to take a course," said Gillian Calder, the associate dean of law at the University of Victoria, and the co-founder of Reconciliation Syllabus, a website collecting posts on recommendation 28.

But rather than allow students to glide over content on aboriginal law, the lack of a mandatory course could do the opposite.

"No. 28 really asks us to rethink almost everything we do in law: It's about treaties, it's about residential schools, and indigenous law about family, marriage, divorce. We are being asked how to build a multijuridical society," said Rebecca Johnson, who co-founded the Reconciliation Syllabus and is a professor at UVic's law school.

Students, however, are lacking some basic knowledge, said Douglas Sanderson, an associate professor at the University of Toronto's law school. Prof. Sanderson studies aboriginal and legal theory and is part of a group deciding how to implement recommendation 28.

Without that history, he said, students cannot respond with empathy to the aboriginal experience.

Lawyers who attended law school even 15 years ago said the conversation on how to teach aboriginal law has moved far beyond their experience as students.

"Aboriginal law was ghettoized and mentioned after all the substantive law was covered," said Merle Alexander, an aboriginal resource lawyer with Gowlings LLP in Victoria.

Now, the demand for lawyers who can practise treaty law is higher than the number of graduates who understand the field, he added.

"It's a business case," Mr. Alexander suggested. "If students knew that taking aboriginal-law courses would be key to them getting a job, they would take the course." 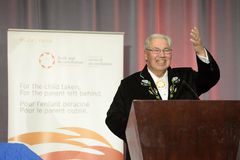 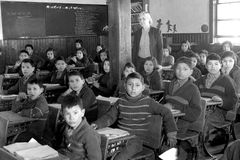 All who died at residential schools should be named, bodies located: report
December 14, 2015
Follow Simona Chiose on Twitter @srchiose
Report an error Editorial code of conduct
Due to technical reasons, we have temporarily removed commenting from our articles. We hope to have this fixed soon. Thank you for your patience. If you are looking to give feedback on our new site, please send it along to feedback@globeandmail.com. If you want to write a letter to the editor, please forward to letters@globeandmail.com.
Comments