A black law student who says police have stopped him approximately 30 times in "carding" incidents is asking an Ontario court to declare the policy unconstitutional, have all information gathered from him expunged and order police to reveal the identity of anyone to whom it gave that information, so it can be destroyed.

"Canada, True North strong and free – but some of us have to be subject to arbitrary detention," George Singh, 40, a second-year student at York University's Osgoode Hall Law School, told reporters on Wednesday.

Carding is an official Toronto police practice involving the questioning of individuals when no particular offence is being investigated. Similar practices occur in other Canadian cities, anecdotal reports suggest. Police in Toronto call it a form of intelligence gathering, and officers have testified in previous court cases that it is part of their job and they are rewarded by their superiors for doing it. Toronto Mayor John Tory announced last Sunday that he will try to have it abolished, calling it damaging to public trust in the police.

Mr. Singh's lawyer, Vilko Zbogar, said an illegal policy should not be left to the discretion of politicians and the police bureaucracy to abolish.

Mr. Singh says he was once stopped four times in a single month by Toronto police. He requested copies of his files from the police, and discovered information from 10 separate incidents – once saying he was "rude to police – claimed racial profiling," and twice describing him wrongly as Jamaican-born (he was born in Canada). He says information from police stops could be used against him if he applies for a job with the police service, wishes to be a parent volunteer at a school or if police stop him again. Mr. Singh added that police never warned him the information they were taking from him would be kept in a data base and possibly shared with others.

Mr. Singh says he replied that he was born in Canada. "He said, 'Well, if you want to keep this up, I can put you in handcuffs in the back of my cruiser and we'll check.'"

In an interview, he described his emotions at being stopped while doing, in his view, nothing wrong. "It's the fear," he said. "The fear that knowing you're innocent, and if you say the wrong thing and the cop just wants to be a tough guy with you, you're basically subject to the will of the officer at that point."

Mr. Singh and Mr. Zbogar are asking the Ontario Divisional Court to rule carding in violation of several sections of the Charter of Rights and Freedoms: Section 15 (right to equality), Section 8 (search and seizure), Section 7 (liberty and fundamental justice), and Sections 10a and 10b (the right when detained to be informed of the reasons, and to retain a lawyer).

Toronto police did not respond to The Globe and Mail's requests for comment.

Cheryl Milne, executive director of the University of Toronto's David Asper Centre for Constitutional Rights, said police officers are entitled to stop people, ask questions and take notes on the answer. But those actions may cross a line into unconstitutionality "where the person being asked the questions doesn't feel they have any choice."

Noa Mendelsohn Aviv, director of the equality program at the Canadian Civil Liberties Association, said there are anecdotal reports of similar police practices involving male visible-minority youth in Vancouver, Halifax and Calgary. Regina has a policy on which types of stops are not allowed. "This is certainly a national phenomenon. It goes back for decades," she said.

A ruling by an Ontario court would not apply outside the province, but could prove influential if legal challenges spread.

Mr. Singh has run for the Green Party in federal and provincial elections, and as an Independent candidate in a municipal election. He says he has been stopped by police in the neighbouring regions of York and Peel, too, though not as many times as in Toronto. In Toronto, he was stopped in many different parts of the city, but never in low-income neighbourhoods, which tend to be associated with carding.

Similar policies exist in at least four other police departments in Ontario, according to an internal Toronto police report.

Both Mr. Singh and Mr. Zbogar have addressed the police services board in the past urging it to end the policy. Mr. Zbogar said he expects the case to take about a year to come to trial. 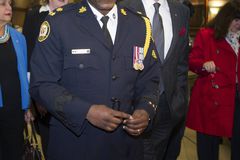 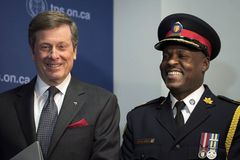 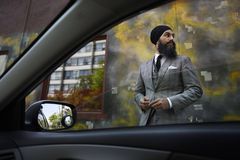