Four lawyers involved in a Toronto murder case say the Ontario Attorney-General's department made their clients choose between a preliminary inquiry and the right to a timely trial as pressures to speed up criminal proceedings lead to what some defence lawyers call strong-arm tactics.

Criminal-defence lawyer Dirk Derstine said he shouted, "That's extortion," at prosecutor Barb Glendinning in a confrontation over the issue in a courthouse hallway before a colleague steered him away.

The pressures have been building since July, when the Supreme Court of Canada, frustrated over what it called a "culture of complacency" in the justice system, set time limits for cases. The court suggested Parliament reconsider the value of preliminary inquiries – the hearings in which judges screen cases to determine if the evidence merits going to a trial.

The Attorney-General's department declined to comment while the case is before the court. Ms. Glendinning, one of two prosecutors on the case, said the information provided to The Globe and Mail is inaccurate. She declined to elaborate, saying she would address it the next time the case is in court, on March 30.

"Any further comments will be made on the record in court," she said. (The other prosecutor, Elizabeth Jackson, did not reply to an e-mail from The Globe.)

The stakes in the case were high, the four lawyers said in interviews. Their clients are accused of first-degree murder in the 2014 shooting death of 31-year-old Tariq Mohammed, an airport employee, at a Chinese restaurant in downtown Toronto. If found guilty, each faces an automatic life sentence with no chance of parole for 25 years.

But in January, early in their four-week preliminary inquiry – which was scheduled six months in advance – Ms. Glendinning insisted the accused provide written waivers of their right to timely justice or the preliminary inquiry would be shut down and the case would go directly to trial, the defence lawyers said.

Mr. Derstine, who represents one of the accused, Derek Oppong, said the prosecution raised the idea of a direct indictment (the legal mechanism for skipping a preliminary inquiry and going straight to trial) after a pretrial hearing in December. "It was not raised as a certainty, it was said as if it might happen," he said in an e-mail.

Next, after the preliminary inquiry was under way, the Attorney-General's department sent defence counsel a fax saying it was contemplating going straight to trial and asking them to give their views on it promptly.

"We all took this to be a certain ending of the prelim," Mr. Derstine said. When one defence lawyer asked Ms. Glendinning if they could waive the right to a timely trial instead, she said she would think about it.

Mr. Derstine said defence counsel met and decided to make an offer: They would agree that any time used up by the preliminary inquiry would not be counted toward any claim that the case should be dismissed because of unreasonable delay.

"This was my idea," he said. "I thought we should negotiate."

They met with Ms. Glendinning, Ms. Jackson and the police officer in charge of the file, Detective Sergeant Gary Giroux, in a crowded hall in the College Park courts in downtown Toronto.

"I offered the partial waiver which she rejected out of hand," Mr. Derstine said of Ms. Glendinning. That was the discussion, he said, in which he shouted the accusation of extortion at her.

"It was extortion, right?" Mr. Derstine, the vice-president of the Toronto Lawyers Association, and a lawyer for 24 years, said in an interview. "Unless we give up our right to trial within a reasonable time, we don't have a preliminary inquiry. It was a bit like they say, 'take your money or your children.' You had to pick the least bad."

Inside the courtroom, he and the other defence lawyers told the judge that, after consulting their clients, they were waiving the right to a timely trial. In interviews, they said the charges were tenuous, and all clients had a real chance the charges could be reduced or even dismissed at a preliminary inquiry. They also said the preliminary inquiry might add a month or two at most to the case.

The Supreme Court time limits are 30 months from the charge until the completion of a trial in Superior Court, and 18 months in Provincial Court. (If the murder case goes to trial, it will be heard in Superior Court.)

In a 2005 government memorandum to prosecutors that is still in force, bypassing a preliminary inquiry and going straight to trial is deemed an "extraordinary" power that is used infrequently in Ontario. But in November, the province issued a supplemental memo giving prosecutors wider latitude to seek approval from the Attorney-General for a direct indictment.

The memo appears to have had a marked effect: There was just one direct indictment in 2015, and five in 2016 (to the end of November); but there have been 11 from December until now, according to figures provided by the Attorney-General's ministry for this story.

Preliminary inquiries are increasingly under fire. Manitoba's chief justices and Attorney-General are proposing a four-year pilot project to eliminate them. Ontario has urged the federal government to scrap them for all but the most serious cases, such as murder or treason.

Joseph Neuberger, a former president of the Toronto Lawyers Association, who represents Clifton Vassel, another accused, said responsibility for the choice forced on the defendants in the murder case lies with Attorney-General Yasir Naqvi. Prosecutors "are under orders to prefer indictments and to limit preliminary inquiries or to get rid of them completely."

Lawyer Gary Grill, who represents Havard McKenzie in the murder case, said he was surprised by what happened. "It's uncharted territory. Practising over 20 years and doing a lot of homicide cases – a preliminary inquiry is considered of fundamental importance, particularly because of the seriousness of the charges."

He said he doesn't know the motivations of the Crowns in the case, but is concerned some prosecutors may view the hearing as a "procedural benefit" to the accused and therefore wish to dispense with it. "That's the really scary part about all this; it seems like they've been given a carte blanche."

Adam Newman, a lawyer for another accused, Abdirizik Ibrahim, questions the legality of the Crown's approach. "There was some thought about whether the waiver was in fact valid in light of the manner in which our clients were made to decide. I'm not suggesting this is the case as of now, but were this to happen more frequently, and someone was forced to waive a right to save another right, I could imagine, not in this case in particular, but in the future, litigation on whether such a waiver was voluntary." 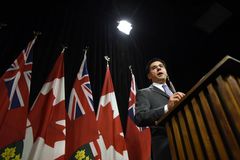 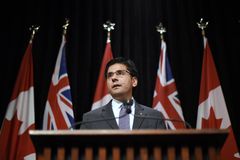