For Robert Rutherford it's done. Done with dignity and grace as Halifax marked – for the last time Sunday – the 100th anniversary of the sinking of the RMS Titanic.

"This is the day," said Mr. Rutherford, whose grandmother, Alice Fortune, a first-class passenger, survived the Titanic disaster. "It sort of culminates with the ceremony today."

Under bright sunny skies and with a cool breeze blowing, about 400 people, including Mr. Rutherford, who is from Lunenburg, N.S., attended a 90-minute service at Halifax's Fairview Lawn cemetery where 121 Titanic victims are buried. Nearly 30 other victims are buried at two other cemeteries in the city.

As part of the ceremony, sea cadets, scouts and other young people stood guard over the graves, and placed flowers on each of the 121 tombstones; a young boy put a yellow rose on the tomb of the Titanic's "Unknown Child."

This was among the last of the major events commemorating the Titanic anniversary and Halifax's connection to it. The city has spent the past week as a Titanic host, staging numerous events, including a four-hour-long outdoor concert Saturday night in the city's Grand Parade square.

Halifax's role in the aftermath of the maritime disaster was to retrieve the dead – 1,500 perished and 328 bodies were recovered, of which 119 were buried at sea.

This is "pretty much it for another 100 years," said Mr. Rutherford as bagpipers, standing amid the graves of the victims, some of whom have never been identified, had just finished playing a haunting rendition of Amazing Grace.

Alice Fortune was 24, engaged to be married, and returning on the luxury ocean liner from a tour of Europe with her two sisters, mother, father and brother. The women survived but her father, a wealthy Winnipeg landowner, and younger brother did not. Their bodies were never recovered.

Mr. Rutherford said his grandmother, who died in 1961, did not speak much about the tragedy.

Neither did Clifford Crease, who like Ms. Fortune, was 24 when the Titanic sank. He also died in 1961.

His granddaughters, Rabia and Nadine Wilcox, were at the Sunday ceremony and were among the speakers on the official program. They recalled the role their grandfather played as a member of the MacKay-Bennett crew, the cable ship that went out from Halifax to retrieve the bodies.

"Grampy, as we endearingly called him, only shared his gruelling Titanic experience with our dad, his son-in-law … and he did it just a few years before he passed," said Rabia Wilcox. "He never spoke of this tragedy with his wife, his only daughter … or any of his five grandchildren."

However, she told the crowd that her grandfather's spirit "came to me" and suggested she write a book about his experience. He had kept a journal. In it, he noted that on April 21, he retrieved 51 bodies, including 46 men, four women and one baby.

The baby, according to his granddaughters, was the Unknown Child, whose identity was not known until DNA tests in 2007 revealed it to be 19-month-old Sidney Leslie Goodwin, whose parents and siblings were travelling from England to Niagara Falls.

So moved was he by the baby's death that Ms. Wilcox said he visited the grave of the Unknown Child on every anniversary of the sinking.

His body is buried about 200 feet from the gravesite of the Unknown Child. His granddaughters like to think he purposely chose that plot to keep watch over the little boy.

Editor's note: An earlier version of this story incorrectly identified the Titanic as the SS Titanic. The correct name is the RMS Titanic. This version has been corrected. 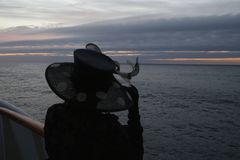 Titanic sinking remembered in silence in Halifax, the 'City of Sorrow'
April 14, 2012 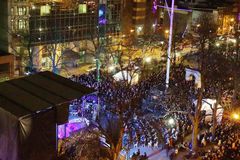 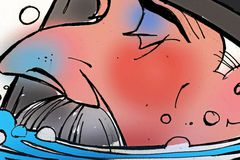 Mysterious Haligonian lost on the Titanic made quiet exit
April 13, 2012 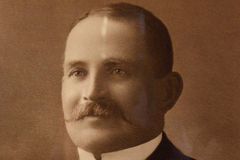 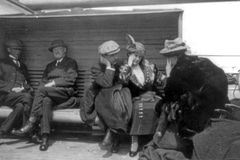 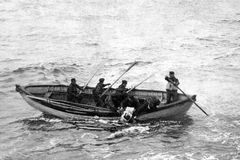 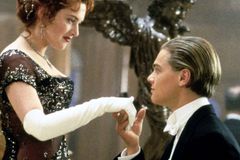