While Ontario landlords are looking to ban marijuana use in their rental units and several municipalities don't want legal cannabis stores in their neighbourhoods, experts and a U.S. study suggest that recreational pot could lift property values.

Property prices for homes in Denver near shops that converted from medical marijuana to recreational pot in 2014 saw values increase by 8.4 per cent, compared with those slightly further away, the study by professors based in Wisconsin, Georgia and California found.

Experts say it's too early to tell if Canadian homeowners can expect a similar effect, but note that marijuana retail locations could benefit neighbourhoods by driving foot traffic to merchants, as well as reducing crime.

"If it goes into a retail area and that spurs traffic for stores in that block or two and they increase in value, there could be spillover to the residential neighbourhood," says Queen's University real estate professor John Andrew. "If you get excellent shopping and stores thriving in a particular area, people want to live near there."

However, as Canada moves toward the legalization of marijuana for recreational use this summer, landlords and municipalities have voiced concerns about the impact of legal marijuana shops in the area or cannabis consumption in homes.

The president of the Canadian Federation of Apartment Associations said Monday that landlords should be allowed to prohibit marijuana usage in their properties in Ontario, where proposed provincial law will limit pot consumption to private residences.

That comes after the Ontario government in December appeared to backtrack on its earlier statement that municipalities could not opt out of hosting marijuana stores as a City of Richmond Hill committee unanimously endorsed a statement saying it was not willing to host one.

The Liquor Control Board of Ontario, which has been tasked with selling and distributing recreational weed once legal, plans to set up 150 stand-alone cannabis stores by 2020, with an initial 40 stores opening in 2018. Ontario consumers will also be able to purchase legal marijuana online, for home delivery.

Among the selected municipalities that have been announced so far are Toronto, Windsor and Niagara Falls, but not Richmond Hill. However, the City of Richmond Hill has said it was notified by the LCBO in late November that the community had been identified as a potential location.

One of the key concerns reportedly raised by the municipality located north of Toronto is the associated cost of policing.

But Christopher Alexander, Re/Max's regional director for Ontario-Atlantic Canada region, says having a marijuana retail location in the area could potentially reduce criminal activity by providing a legal channel to buy pot.

"Crime should come down, which always has a positive impact on real estate prices," he said.

The U.S. study's authors say the impact of a store's conversion from medical marijuana to recreational pot on house prices was "highly localized." The study used publicly available data to compare the prices of single-family homes within a 160-metre radius of the cannabis shop, compared with those slightly further away, before and after recreational pot became legal in Colorado in 2014.

"While we hypothesize that some contributing factors may have included an increase in housing demand as a result of an increase in marijuana-related employment, lower crime ratess and additional amenities locating in close proximity to retail conversions, finding the specific channels that explain our results is an open puzzle that we leave for future research," the authors wrote. 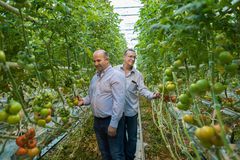 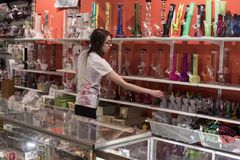