A study has found Manitoba children who have been taken into care struggle in school and the majority never finish high school.

The study from the Manitoba Centre for Health Policy at the University of Manitoba compared kids who have been taken into care for any length of time with peers who have had no involvement with child welfare.

Researchers say those in care scored lower on math and reading assessments from Grade 3 through to high school. The study found less than one-third earned a high school diploma.

It also found that kids in care were more likely to have a developmental disability, a mental disorder or to come from a poor family.

"Problems with school begin at an early age. Among kids in kindergarten, children in care are less likely to be 'ready' for school learning than those who aren't in care," the study said. "The overwhelming story from this analysis is that children in care have fewer successes in school than children who have not been in care."

Researchers found Manitoba's rate of 10,000 children in care is one of the highest in the world. About one-quarter of the province's population are aboriginals, but native children make up almost 90 per cent of kids in care.

The study found 22 per cent of all First Nations children in Manitoba end up in the care of Child and Family Services at some point in their lives. That's compared with just over 1.5 per cent of non-aboriginal children.

Marni Brownell, associate professor and lead author, said families need better support services, housing and anti-poverty programs that address some of the reasons children are apprehended. Almost three-quarters of kids in care received income assistance and 40 per cent were born to a mother under the age of 18.

"The very factors that lead to children entering into the care of CFS — from neglect to abuse to exposure to violence — are the same ones that put them at risk for poor outcomes throughout school," the study said.

"The residential school experience has shown us that removing indigenous children from their families doesn't eliminate the issues of racism, insufficient housing, and poverty in the indigenous communities.

"Without changing the living conditions and challenges faced by these families, the problems are likely to continue into future generations."

The province has responded by appointing a task force to examine the educational outcomes for children in care. Education Minister James Allum said the task force will look at implementing recommendations from the study so "children in care get a quality education."

Although the study found kids in care start school at a disadvantage because of broader social problems, Allum said the task force will be confined to examining what schools can do to once the kids walk through the door.

"At the end of the day what we want to do is to find good solutions for productive educational outcomes," he said. "This is our proactive response to making sure that those kids have every opportunity to be successful learners."

Jon Gerrard, the lone Liberal in the Manitoba legislature, took the government to task and called the study's findings appalling.

"It is a shame that this premier and his government have done so little for so long for the children who are wards of the government," he said. "Today's NDP are the acting parents for these children.

"Education is one of the most valuable gifts that can be given to a child."

The task force is due to report back by the end of the year.

Manitoba unsure how many foster children in hotels outside of Winnipeg
May 28, 2015 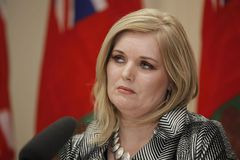 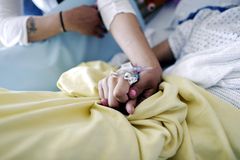