Liberal MP Chrystia Freeland is headed for Kiev to show solidarity with Ukrainians and potentially meet with members of the post-revolutionary government, just as the former Soviet state warns of all-out war with Russia.

Ms. Freeland, a Ukrainian-Canadian, is slated to arrive in Kiev on Tuesday and plans to remain there, possibly at her uncle's home in Kiev, at least until the end of the week. The Toronto Centre MP, whose journey to Ukraine is an official Liberal Party trip, said the Liberals believe Moscow's military moves have been so provocative that Canada and its G7 allies should seriously consider expelling Russia from the G8.

Ms. Freeland's trip coincides with fever-pitch tensions in Ukraine, where Russian forces have already bloodlessly seized Crimea, an isolated, Russian-speaking Black Sea peninsula where Moscow has a naval base. On Sunday, Russian troops surrounded several small Ukrainian military outposts there and demanded the Ukrainian troops disarm. Some refused, but no shots were fired.

"I think this is a turning point for Ukraine, for Russia, for Central Europe and for the world, and it's really, really important to show Ukrainians – the people of Ukraine and the Ukrainian government – that they have our support," she said in a phone interview Sunday before her departure. "There's nothing that compares to actually going to a place and speaking to the people there, to understand what's happening."

Ms. Freeland said she hopes to meet with government officials, civil-society leaders and diplomats, though her schedule isn't confirmed given the fluidity of the situation. A former journalist who has written extensively on Ukraine and the author of Sale of the Century: Russia's Wild Ride from Communism to Capitalism, Ms. Freeland said she was most recently in touch with Arseniy Yatsenyuk, who has since been appointed Ukraine's interim Prime Minister, in September at a conference in Crimea.

Over the weekend, Mr. Yatsenyuk, the head of a pro-Western government that took power when ousted President Viktor Yanukovych fled to Russia last week, said Moscow had declared war on his country.

Ms. Freeland said she welcomed Prime Minister Stephen Harper's announcement Saturday that Ottawa is withdrawing its ambassador to Moscow and suspending its preparations for the coming G8 Summit in Sochi, the Russian city that just played host to the Olympic Games.

She said Ottawa and its allies should also explore imposing targeted financial sanctions and travel restrictions on Mr. Putin and those around him, and should discuss Russia's seat at the G8 table. "The Liberal Party believes that the question of Russia's membership in the G8 now needs to be raised in discussions between Canada and other members of the G7," she said.

Ms. Freeland said she understands the volatility of the situation in Ukraine, a country of 46 million, but is willing to take the risk at what promises to be an important moment in world history.

"This could become the biggest geopolitical crisis since the Iraq war, potentially since the collapse of the Soviet Union," she said. "This is a really grave moment. Russia is a nuclear-weapons state; Ukraine is on the border of Europe." 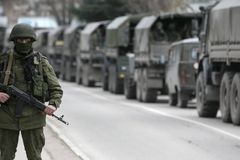 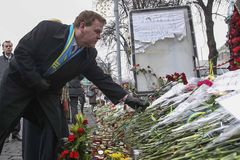 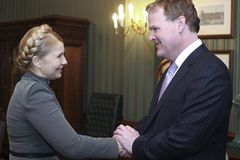 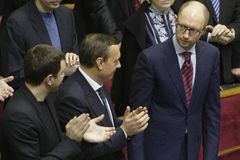 From Kiev, Baird says ‘Canada wants to play a part’