The chief executive of the world's largest live-event and ticketing company says it is unrealistic to think that legislation to fight digital scalpers and ticket price-jacking – which Ontario is currently mulling – will give fans fairer access.

"As long as the market's gigantic, you'll have sophisticated players trying to figure out how to monetize it," Michael Rapino, chief executive of Live Nation Entertainment Inc., said when asked by The Globe and Mail about the effectiveness of legislating to solve the ticketing industry's problems. "My instincts are always on the free market."

Live Nation owns Ticketmaster, the leading global event-tickets platform. Mr. Rapino made the comments after a keynote conversation with George Stroumboulopoulos on Thursday at Canadian Music Week in Toronto. During the talk, he spoke about the battle against scalpers who use "bots" – software that buys up massive quantities of tickets that they then sell at huge markups through legitimate secondary markets such as StubHub Inc.

Bots and expensive resale prices have been the scourge of music, sports and other live-event fans and the ticketing industry for many years. Complaints of sold-out concerts and high resale prices became widespread in Canada last year during a Tragically Hip tour after the band's front-man, Gord Downie, announced he had brain cancer.

The emotional public reaction prompted Ontario Attorney-General Yasir Naqvi in February to announce a review of how the province could make ticket-buying fairer, such as by modifying the Ticket Speculation Act. The province consulted nearly 35,000 Ontarians, with results expected this spring. But the comments from Mr. Rapino – the heaviest of heavyweights in the ticketing industry – suggest the province's efforts may be in vain.

"I just think it's so unrealistic," he said.

Mr. Rapino's blunt remarks were in stark contrast with Ticketmaster's initial statement after the February announcement, which said the company "welcomes additional effort" to get more tickets to fans.

"I think some of these [legislative changes and suggestions around the world] are decent attempts, but I don't think over all, until you start pricing the product better, and/or have better technology to deliver the fan their ticket, that you'll start to make a difference," Mr. Rapino said.

Mr. Naqvi's office did not immediately respond to requests for comment on Thursday. Ontario's public review is intended to address concerns about access and affordability, transparency in buying, and enforcement of related laws.

The global ticket resale market is considered to be worth $8-billion (U.S.) – a figure sometimes attributed to Mr. Rapino, although he questioned its accuracy on Thursday. He said Live Nation's goal is simply to put more of those billions in the pockets of creators. "We're the only industry in the world that has a higher retail value the second it's sold," he told Mr. Stroumboulopoulos.

Mr. Rapino, an outspoken former Labatt marketer from Thunder Bay, runs his live-event empire from Beverly Hills, Calif. He said ticketing should become more fair as companies improve security through measures such as a better verification system than bar codes.

He also believes getting regular ticket prices closer to market value might deter scalping. That could mean higher box-office prices, but the extra money would go to content creators such as artists and sports teams rather than grey-market resellers. The growth of VIP and platinum seating sections is a move in that direction.

By acting strictly as a host and not interfering with bulk-purchase resellers, resale marketplaces have been a thorn in Mr. Rapino's side for some time – but Live Nation is investing in technology to bypass bots. It is an "arms race" against the scalpers, he said, but the company says it blocked 5 billion bots in 2016 alone.

A 2015 amendment to the Ticket Speculation Act allowed resales as long as the tickets were deemed authentic or had a money-back guarantee. But before that, Mr. Rapino said, "the so-called being 'illegal,' for the last 10 years, did nothing" in the province. 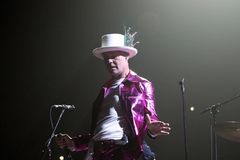 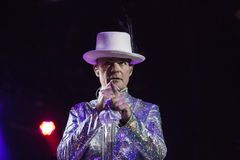