Driving the movement is Lori Stahlbrand, a journalist-turned-food-advocate who has spent the last six years and several million donor dollars animating her dream of creating an alternative food system that stars environmentally- and animal-friendly Canadian farmers.

Ms. Stahlbrand's first building block was creating Local Food Plus, a non-profit that issues its private certification to progressive farmers who conform to the tough set of sustainability and production standards written for the agency by a crack team of agricultural and environmental experts. The agency then helps link certified farmers with local buyers who would not have made the connections alone, providing critical strength to the local and regional supply chain.

"We were losing our ability to feed ourselves," Ms. Stahlbrand said. "What we're trying to do is build a different kind of food system. We've built the flywheel. Now it's starting to turn."

Using Ontario as a pilot ground, LFP has become one of the most powerful engines behind local food's strong foothold in the province. Strengthening the local food economies of British Columbia, Manitoba and Quebec is next on the agency's list as it launches its first phase of a national expansion, funded by the J.W. McConnell Family Foundation, a Montreal-based philanthropy group.

Although LFP's influence is not always visible, the agency is the reason that many high-end restaurants, municipalities, schools, universities and hospitals have been able to integrate locally-farmed food into their offerings, or are now eyeing the transition. LFP provides an instant menu of certified producers that offer an alternative to the large, mainstream food distributors that dominate North American food trade.

Those companies, although a vital part of the current food system, make money by moving large amounts of food, prioritizing low prices and consistent supply. For ease, most deal solely with large farm and food operations that have enough scale to satisfy their needs year-round, shunning smaller local and seasonal producers who struggle for steady access to markets and, as a consequence, for survival.

Local food advocates are working to counter this not because they have romantic notions of Canadian agriculture, but because they believe the nation's food security requires a healthy co-mingling of large and small or regional producers. LFP's success in moving the needle is proof that re-establishing balance in the system doesn't necessarily require big government intervention.

"We're not saying you have to eat the 100-mile diet. It's not a realistic way to live your life," Ms. Stahlbrand said. "I don't expect we're going to stop eating oranges and bananas any time soon. But let's be eating Ontario strawberries when they're in season here. We're exporting apples and we're importing apples. Let's eat our own apples," she said, adding: "It doesn't have to be all or nothing."

Shifting even a small fraction of grocery offerings to local food can have a big economic and environmental impact, according to calculations done for LFP by Rod MacRae, a York University food policy expert and head of the agency's standards development team. For example, in Toronto, replacing one 10-tonne truck loaded with California-grown produce with an Ontario-grown load (from within 200 kilometres of Toronto) is the environmental equivalent of taking two cars off the road for an entire year.

In economic terms, if 10,000 families in a province shift $10 per week to local, that means $5.2-million would shift away from imports and directly into local economies.

While building the links between producers and buyers is a key pillar of LFP's strategy, the agency is equally focused on using the local food system to coax along a progression of environmental gains. The inspiration is borrowed from the origins of organic-growing principles, which were intended as much for environmental benefits as for consumer health. The environmental stewardship and rules of organic growing have been clouded by the category's mass appeal, which has driven increases in cheaper organic imports from nations with varying standards. Marketers have co-opted the word as a branding tool; consumers are increasingly confused about the value of "organic" and what the word even means.

"That's where LFP draws a distinct line in the sand," said Brian Gilvesy, a longhorn cattle farmer who was an early LFP client in Ontario. "It's local, it's environmental, it's sustainable. The people that deal with us ... get a holistic view of the farm."

Indeed, the farms LFP certifies have to meet rigorous animal welfare and sustainability standards designed to ensure food production contributes to environmental health and biodiversity rather than detracting from it. While LFP places restrictions around farmers' use of pesticides, antibiotics and hormones, the program was designed to allow participants to deepen their environmental commitments over time; their certification scores, rated by independent inspectors, will improve as they grow.

So will the perceptions of clients who buy their food.

"Launching into a program like this is one very demonstrable way to show we do care about the ingredients and where food comes from," said Anne Macdonald, director of ancillary services at the University of Toronto, which began requiring its food suppliers to use a proportion of LFP-certified products in 2006. "University food services suffer a lot from a bad rap with respect to perceptions about the quality of food."

For this reason, LFP has become an ideal marriage partner for schools and other large institutions, including McGill University in Montreal, which will launch with LFP this fall. Toronto's Scarborough Hospital will also lean on LFP as it transitions to a new local menu later this year. For LFP, the institutional uptake, which they're hoping will increase with the agency's national expansion, is the holy grail - and means of securing local food's longevity.

"Working with institutions gives us buying power," Ms. Stahlbrand said. "No one has ever questioned institutional procurement before."

Already, the trickle-down effect is measurable. In Winnipeg, a city anchored in a Prairie economy that relies heavily on export markets, consensus over the need to strengthen the local food trade is growing.

"In Manitoba, there's some concern that if everybody goes local, there goes your export market," said Kreesta Doucette, executive director of Food Matters Manitoba. "But there's this tension between needing to export and the whole consumer preference for local food," she said. "It's going to be a challenge."

Explainer: The carbon footprint of local versus global food
July 1, 2011 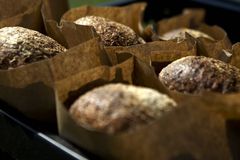 Professor sets out to harvest the truth about the Canadian farm
June 28, 2011 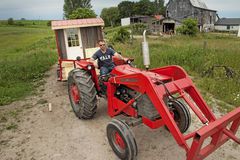 Backyard wheat fields produce food for green-policy debate
June 25, 2011
Toronto hospital, chef team up to find a cure for the common hospital meal
June 24, 2011
Follow Jessica Leeder on Twitter @jessleeder
Report an error Editorial code of conduct
Due to technical reasons, we have temporarily removed commenting from our articles. We hope to have this fixed soon. Thank you for your patience. If you are looking to give feedback on our new site, please send it along to feedback@globeandmail.com. If you want to write a letter to the editor, please forward to letters@globeandmail.com.
Comments