On most days this summer, the calming view of the Pictou harbour from the huge picture window of Anne Emmett's homey inn is obscured by a thick, dense cloud from the chemical cocktail that spews from the stack of Northern Pulp.

The mill makes kraft pulp, which is then sold to Asia where it is turned into toilet paper and other paper products, and it sits directly across the harbour on Abercrombie Point. The mill, operating under various owners since 1967, provides more than 200 jobs for this struggling rural community.

The sodium sulphate or "salt cake" belching from the mill irritates eyes and throats and smells of sulphur, an unpleasant odour that some residents once bragged was the smell of money. But it has become much worse over this spring and summer – and now there is outrage, as some citizens worry the smog is affecting their health and their businesses.

Ms. Emmett's Clean Pictou Air group, which includes other small business owners, is demanding the mill close for as long as it takes to fix the problem. Even Paul Sobey, of the influential grocery chain family, which has its headquarters nearby, has called for the mill to be fixed; this is significant because the Sobey family rarely comments on controversial issues.

Mill officials say, however, that to close even for a few months would result in a permanent shutdown.

The issue is creating an awkward dynamic in this town of 3,500 people where Northern Pulp is one of the biggest employers. Rumours are swirling that some residents, former employees of the mill, are afraid to speak out because a mill closing would mean the loss of their pensions. Mill officials have been accused of bullying by threatening to close.

Amid all of this, the provincial and federal governments are walking a fine line because no politician wants to see jobs lost in an already depressed area. Earlier this year, Michelin Tires announced it is cutting 500 jobs at its nearby plant, and 250 jobs are being lost at a local call centre in September.

But Ms. Emmett asks: "Who says that their jobs over there are more important than ours?"

Her group met recently with provincial cabinet ministers and company officials, but with no success.

"It's just not an option," says David MacKenzie, spokesman for Northern Pulp, about a temporary shutdown. "We would potentially lose our employees and the people who supply our raw materials, so the guys out in the woods."

Some residents say the employees could collect employment insurance during a prolonged shutdown.

But Mr. MacKenzie says "it wasn't meant as a threat; it's the reality we are facing." One crucial piece of equipment is broken and emissions are exceeding the provincial regulations, Mr. MacKenzie acknowledges. In the fall of 2013, they were about twice as high as what is allowed.

Mill officials promise the problem will be fixed by May 15, 2015, with the installation of a new $21-million "precipitator," which is supposed to remove dust and particulate before it's spewed into the air. It is being manufactured in New Jersey and the provincial government is paying for half.

But Mr. MacKenzie adds, "We haven't given up on making the current situation better."

This is of little comfort to businesses.

On one particularly smoggy day in June, which Ms. Emmett describes as like something out of a Stephen King novel, a family cancelled their reservation at her inn. She notes, too, that on the travel website Trip Advisor, there are comments: "Bad things: dated decor (a bit smelly rooms, this smell of 'old'); smelly chimneys over Pictou harbour (but there is nothing the Inn keepers can do about it)," wrote one guest.

Other business owners are having trouble. At the end of August, Karla MacFarlane is closing her gift store, which has operated on the Pictou waterfront for 15 years. Ms. MacFarlane, who is also the local Progressive Conservative MLA, believes the mill issues are partly to blame for the decline in her business.

"I definitely have witnessed that people leave town … because of the smell," she says. "I know they get up from their meal and … say, 'Sorry, I just can't sit here and finish this in this smog.' So indirectly, it definitely is one of the factors."

Environment Minister Randy Delorey grew up in nearby Antigonish and says he "is certainly aware of the smell." But he told The Globe and Mail there is "no imminent health threat in the immediate term."

Rather, he said the company has a directive, which it signed off on with the previous NDP government in September, 2013, to install the new precipitator. He is not about to force the mill to shut down.

Justice Minister Peter MacKay, the MP for the area, is equally non-committal. He says it's his "desire to see all parties come together around a solution that protects the local economy and jobs, while ensuring a clean and safe environment for all residents and their families."

Ms. Emmett and her group are aware "we are shooting ourselves in the foot" by publicizing the stench and haze that envelop the picturesque town – but feel they have no other choice.

"We are a big part of this community and we feel this is a huge community issue," she says. "If we don't take a stand from a loss-of-revenue point of view, there are going to be no businesses left in this town." 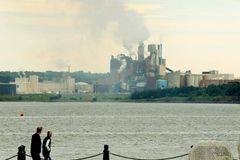 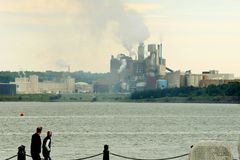 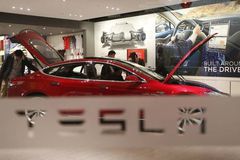