The four-plus years an accused killer has spent in solitary confinement under continuous artificial light could have severe consequences for his prosecution, up to and including a stay of the first-degree murder charge, or an exemption from the mandatory minimum sentence if he's tried and convicted, legal observers say.

Some say 24-year-old Adam Capay's confinement at the Thunder Bay Jail, on a charge of killing fellow prisoner Sherman Quisses, could become a test of how Canadian courts deal with a case in which an alleged offender faces cruel and unusual punishment, so extreme that some describe it as torture.

Judges have broad powers to impose consequences that they consider "appropriate and just in the circumstances," under s. 24.1 of the Charter of Rights and Freedoms, when they conclude that an inmate's rights have been violated.

"There are countless remedies in my opinion that could be invoked in the face of torture," Toronto lawyer Julian Falconer, who is not involved in the case, said in an interview.

The Capay case has intensified the debate over solitary confinement in Canada after Renu Mandhane, chief commissioner of the Ontario Human Rights Commission, discovered the aboriginal inmate's situation on a visit to Thunder Bay Jail this month. Mr. Capay was being held in isolation behind acrylic glass, and his cell was subject to artificial light 24 hours a day. He told Ms. Mandhane his memory and speech had become impaired as a result. Since his case became public, he has been moved to another cell with access to a day room and television, the government has said. He remains in solitary, however.

The inmate's long-term situation echoes that of Eddie Snowshoe, another 24-year-old indigenous prisoner, who committed suicide in 2010 after spending 162 days in segregation, and that of Ashley Smith, who took her own life in 2007 after prolonged stays in a segregated cell. Those cases drew attention to the widespread use of solitary confinement in Canadian penal institutions.

The upper echelons of the Ontario government knew about the Capay case for at least nine months but did nothing, The Globe reported last week. Also last week, federal Justice Minister Jody Wilson-Raybould said the case shows that much more needs to be done to make the country's jails humane places, and Public Safety Minister Ralph Goodale said Ottawa is working on a plan that will "dramatically change the scenario" in federal prisons.

Ontario is intent on prosecuting the case against Mr. Capay. "Mr. Capay is facing a first-degree murder charge, which is a very serious offence," Attorney-General Yasir Naqvi said in an e-mail to The Globe. "As Attorney-General, it is my responsibility to ensure that we don't influence the outcome of that prosecution in any way.‎ What I can say is that I have been advised that the Crown has – and will continue to – work to bring these charges to trial as quickly as possible."

He said the government takes the concerns about Mr. Capay's situation "very seriously" and is working to improve the conditions of the province's correctional facilities. Equally important, he added, is the need to improve the justice system's speed and effectiveness.

Under Canadian law, solitary is seen as a "prison within a prison," according to human-rights lawyer Paul Champ of Ottawa, and the authorities have to justify its use. Mr. Capay would need to show that his treatment violates the protection in Section 12 of the Canadian Charter of Rights and Freedoms against cruel and unusual treatment, or in Section 7 (right to liberty and security).

That should not be difficult, said Efrat Arbel, who teaches at the University of British Columbia's Allard School of Law and specializes in prison law, with a focus on solitary confinement. "The severity of his punishment and particularly the fact he was subject to solitary confinement without adequate determination of his guilt is patently contrary to basic principles of constitutional protection." She, too, used the word torture.

She said a consensus exists among international human-rights bodies that segregation past 15 or 30 days can amount to torture. In any event, a judge wouldn't need to find that it was torture to find that it violates s. 12 and "shocks the conscience," she said.

The Charter's s. 24.1 provides "a complete range of options," according to Mr. Falconer. At the low end, a judge could order Mr. Capay's release from solitary, or demand he be transferred to another facility – such as one designed to assist with mental health. A lawyer could issue a summons for the head of the Thunder Bay Jail to demand the file and make public the jail's reasons for Mr. Capay's treatment, Mr. Falconer said.

Or Mr. Capay could seek a stay of the murder charge, or a reduced penalty, several legal observers say. First-degree murder carries an automatic life sentence, with no eligibility for full parole for 25 years; if the charge is reduced to second-degree murder, he would still face an automatic life sentence, with a minimum parole eligibility of 10 years. In a 2010 case in which an aboriginal man, Lyle Nasogaluak, was beaten by RCMP in police custody in Leduc, Alta., the Supreme Court raised the possibility that, in a future case, a reduction of a mandatory minimum sentence "may be the sole effective remedy for some particularly egregious form of misconduct by state agents in relation to the offence and to the offender."

Mr. Falconer said the key issue for him is the lack of accountability as state abuses are carried out in secrecy. "When you're reduced to asking the lawyers which box you should pick when somebody's tortured, it says it all about how we've descended into the land of the inhuman and the immoral. I'm not sure the techniques being used, and the conditions he is being kept in, would even comply with interrogation standards under the Geneva Convention or elsewhere."

Others see the possibility for broader change in Mr. Capay's case. "He could be entitled to damages and/or a declaration that the Ontario legislation governing segregation is unconstitutional," Queen's University law professor Lisa Kerr said in an e-mail. "The latter could help to bring systemic change to Ontario."

Allard law professor Debra Parkes said that s. 24.2 of the Charter, which gives judges the authority to exclude illegally obtained evidence, has changed the behaviour of police and prosecutors in Canada. She hopes judges will use s. 24.1 to impose consequences when prisoners are abused, thus bringing about similar changes in Canadian corrections.

A related issue is the length of time Mr. Capay's case is taking to come to trial. This month, the Alberta Court of Queen's Bench dropped a first-degree murder charge because of a 62 ½ month delay, of which 38 months was attributable to the system's delays (that is, not by the defence). In Mr. Capay's case, systemic delay appears to amount to at least 33 of the 53 months he has been held in solitary confinement, according to records made public by the Attorney-General's department.

"I am rarely without words but it's hard to find words to describe how appalling it is that the state with all of its resources can't find another way to deal with someone than to lock them up 24 hours a day under those conditions," Jonathan Rudin, program director for the Aboriginal Legal Services of Toronto, said.

Mr. Capay's lawyer, Tony Bryant of Toronto, did not respond to a request for comment for this story. 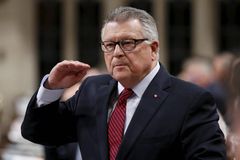