Over Newfoundland and Labrador's good-news story of economic renewal looms a demographic dilemma: a population plunge that's projected to be the most dramatic slide in the country.

The Conference Board of Canada's most recent long-term forecast predicts the province's population will fall from about 527,000 now to 482,000 by 2035.

"We're going to see much weaker economic prospects for Newfoundland over the next 20 years and that will have an effect on the population," said Marie-Christine Bernard, associate director of the board's provincial forecast.

"I would say it's going to be a difficult situation for the province."

Despite baby bonus incentives and other government efforts since 2008, Bernard said the population is expected to shrink more here over the next two decades than any other part of Canada. An aging demographic will be compounded by out-migration of workers – especially if offshore oil production wanes as expected, she said.

Recent offshore oil discoveries in the Flemish Pass, if developed, could brighten the picture but are not certain, Bernard said.

Statistics Canada demographer Laurent Martel said a major issue is that deaths in the province exceed births. It's a troubling reversal of what's referred to as natural increase. For example, the Canadian population as a whole is growing even without immigration due to about 130,000 more births per year than deaths, he explained.

"Newfoundland and Labrador is the only province for which up to now we've seen three years of negative natural increase," Martel said from Ottawa.

Newfoundland and Labrador's birthrate, at 1.45 per woman as of 2011, is second lowest in the country next to British Columbia's 1.42.

The provincial government in 2008 introduced benefits offering parents $1,000 for each child born or adopted, plus $100 per month for the first 12 months after adoption or birth. The number of births came up slightly, according to census records, but with 4,420 registered in 2013 that has now dropped back below rates recorded before the incentives were introduced.

The provincial government notes that the overall population of 527,000 is up almost 18,000 since 2007. It says it's working on a growth strategy that includes specific labour market needs, family-friendly policies and immigration.

Another challenge is the extent to which residents are greying. Provincial human resources officials have projected 70,000 job openings by 2020 mainly due to retirement or death.

Kevin O'Brien, the Advanced Education and Skills Minister, said yearly immigration has increased to more than 700 newcomers from 450 since 2007. He said a provincial nominee program that helps recruit people for hard-to-fill jobs has been key to that success.

Liberal opposition critic Lisa Dempster said the Progressive Conservative government must do much more. Ministers talk a good game about the importance of immigration but last spring's deficit-laden budget cut funding for the Office of Immigration and Multiculturalism almost in half, she said in an interview.

"That tells you where it is on the list of priorities but yet the need is very great for us to have some strategies in place in this area as well."

"A full child-care program integrated into full early childhood education, including all-day kindergarten, would really go a long way towards encouraging young people to stay here and to have families here," she said in an interview.

Paul Davis, the Child, Youth and Family Services Minister, told the legislature Dec. 2 that the province now has 7,787 regulated child-care spaces – up almost 70 per cent since the Tories took power in 2003. More spaces will be created as part of a 10-year strategy, he said.

Dempster said those services still pale compared to the needs of about 50,000 children under the age of 10 in the province.

The former employment counsellor also said labour gaps could be better filled with a streamlined focus on getting newly trained apprentices into jobs.

"It's like trying to get blood from a turnip for these people to find work." 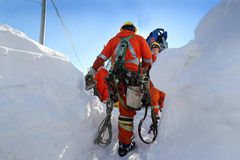 Newfoundland Liberal Leader on defections from NDP: ‘We’re not a zebra party’ 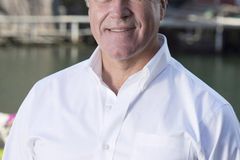 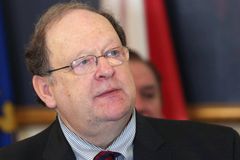