In 1976, for the first and only time in my life, I joined a political party. It was just for a brief time.

I was a journalism student at Carleton University and committed what is rightly considered a truly heinous act for any political journalist. I declared my bias.

It was for Flora MacDonald, the dynamic and trailblazing Progressive Conservative MP for Kingston and the Islands. She was running to lead the PC Party of Canada to replace Robert Stanfield, and she was the lone female candidate in the race.

Related: Canadian women on sexism and the struggle for gender parity

How We Succeed: Nine Canadian women share their aspirations and the challenges posed by gender inequality

I was drawn to Ms. MacDonald's moxie, and felt it was about time that a woman lead a major political party in Canada. So, I became a PC youth, helped staple together cardboard Flora signs, and went to work as part of her "flying wedge" – a group of young people waving Flora signs who followed her from event to event, shouting her name and showing enthusiasm for her bid.

It gave me tremendous access to a formidable politician and woman – and to history. Her campaign set me on a decades-long career of covering the smart and spirited women in Canadian politics, regardless of their political affiliation – and sans the political membership card.

As this is my last column before I leave The Globe, I wanted to reflect on a few of the political women I met along the way.

Ms. MacDonald, who died at age 89 last July, was a true Red Tory. Hers was an aspirational and hopeful campaign – but then came the first ballot. Her team was sure she had at least 300 votes but fell far short of that.

Ms. MacDonald was deceived by delegates, who seemed unable to vote for a woman. She threw her support behind Joe Clark, who eventually won – and Ms. MacDonald went on to serve the country well in important roles.

But she never got to be prime minister.

Kim Campbell did. Seventeen years after Ms. MacDonald's bid, the Tories elected a female leader and since they were in power at the time, Ms. Campbell immediately became prime minister.

I watched her take the stage in that same stark arena where Flora MacDonald had tried to make history, and I purposely paused to take in the enormity of her win. History was finally made. It was exciting and a breakthrough for Canadian women.

But it was fleeting. A few months later she lost the general election – and badly.

Life in politics for women is so tough.

Ask Pat Carney about that. The former Conservative senator was Brian Mulroney's trade minister, helping to negotiate the Canada-U.S. free-trade agreement. But when its 10th anniversary was being marked at a conference at McGill University, Ms. Carney was not initially invited to speak.

The participants at the forum included Mr. Mulroney; former finance minister Michael Wilson; James Baker, the former U.S. treasury secretary and John Crosbie, who succeeded her in Trade. Mr. Crosbie, whose role was to sell the deal, was a speaker on the centrepiece panel – Free Trade: The Making of the Deal.

"This is blatant revisionism and truculent revisionism …," she told me at the time. Ms. Carney added, too, that "history renders women invisible." One of the organizers said it didn't occur to anyone to include her.

While the former senator fought, and justly so, for her voice to be heard, there are some women who would rather remain behind the scenes. Laureen Harper is one of them – she would never sit down with me for a formal interview.

She's a character – she rode around Ottawa on a motorcycle, she fostered cats and loved helping to flood the local rink. She played up her rural Alberta roots, but she was politically savvy and knows how to work a room. This week, I asked again for an interview.

In an e-mail, Mrs. Harper said she has been lucky and "ended up living a life I could never have imagined."

"Growing up on a ranch the daughter of a blue-collar worker, my life was like a dream," she said. This summer she's been working in her garden, and went hiking with Rona Ambrose, the interim Conservative leader. The two ran into a large black bear – and chased it away.

But she turned me down for an interview. She says the women who should be written about are those who "actually put their name on a ballot."

In 1993, Shaughnessy Cohen put her name on the ballot for the Liberals, and was successful in winning a Windsor riding.

Fun and fearless, Ms. Cohen was committed to public service. She manoeuvred effectively around Parliament Hill but recognized the barriers there for women.

"Politics and the Hill is a men's club," she told me in an interview.

"In almost every way there are vestiges of that left over … There are unwritten rules of behaviour here."

She talked, too, about her political style. "When a guy is tough he is tough," she said. "When a woman is tough she is a bitch. Guys in our caucus can be every bit as partisan as Mary Clancy [her good friend and former Halifax MP] or I am. Mary and I are partisan bitches … they are just doing their job."

In December of 1998, Ms. Cohen died in the House of Commons, collapsing at her desk with a brain hemorrhage. She was 50.

In those intervening years, little has changed for women in politics – they are still subjected to sexism and the double standard that Ms. Cohen referred to.

So, now that I'm leaving journalism for a new career, let me declare another bias: I think women often contribute more positively to the political process than men; I think political parties should give them more support and opportunities; I think the craven anonymous writers who gratuitously attack female politicians on social media are part of a dying breed.

Most of all, I look forward to what's ahead – to the next generation of young female writers who tell the truth about Canada and Canadian women, and for the future of women in politics.

For Chrystia Freeland, work-life balance is its own form of diplomacy
July 14, 2016 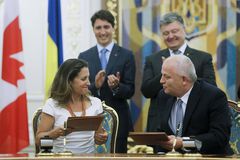 Ontario MPP Monique Taylor won’t back down from a fight
July 7, 2016 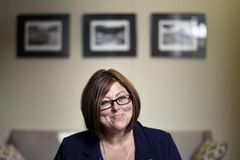 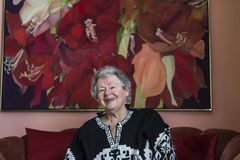