Despite Ottawa's efforts to require more testing of oil being shipped by rail in the aftermath of the Lac-Mégantic disaster, large amounts of crude are going untested due to flaws in new federal rules.

An investigation by The Globe and Mail has uncovered evidence that oil shippers are exploiting the wording of a recent federal order by Transport Canada and sending most of their crude over the rails without checking first how explosive it is, and whether it is suitable for transporting on trains.

The federal order, which requires shippers to test "any crude" being sent by rail, was issued after the disaster in Lac-Mégantic. Que., in July, in which a train carrying 72 tankers of crude oil derailed and exploded, killing 47 people and devastating the downtown.

The oil, which was on its way to a refinery in Saint John, N.B., from North Dakota, was found to be far more explosive than shippers and railway operators previously knew. It had been misidentified as a much less volatile type of oil before it was loaded. In October, Transport Canada ordered shippers to begin testing all oil to determine its flashpoint and boiling point – which indicates how explosive it is – and to provide that data to federal officials upon request.

However, industry insiders in North Dakota told The Globe that very little oil is being tested, and that operating procedures remain mostly unchanged from before the Lac-Mégantic disaster, due to gaping holes in the "protective direction" issued by Ottawa.

Transport Canada's crackdown requires oil shippers to test crude to determine if it should be classified as Packing Group 1, 2, or 3. Those designations are an indicator of how volatile the oil is. Packing Group 3 is the least dangerous, while 1 is considered the most explosive, similar to gasoline. However, the order says, "until such testing is completed," oil must be sent as Packing Group 1.

Oil industry sources in North Dakota say this has allowed shippers to flout the testing requirements. Rather than test the oil – which can be time-consuming and costly – shippers are categorizing oil as Packing Group 1 and sending it down the rails. While that may sound reassuring, since the oil is carrying the most volatile classification, the real problem is there are no different handling requirements for this oil. And by not testing the crude at all, shippers have no idea if the oil carries an unusually high risk of vaporizing, which could make it extremely explosive, or carries higher levels of hydrogen sulphide gas, which would make it unsuitable to ship.

Instead, oil is being sent blindly, with no added degree of safety, and without the higher degree of transparency that Transport Canada sought with its push for more testing. The Transport Canada order "doesn't seem to change anything," said one industry official whose company is involved in shipping oil to Canada. The person, and others who spoke to The Globe, requested anonymity because the firm has not given permission to be interviewed in the wake of the Lac-Mégantic disaster.

A former U.S. railway inspector who spoke to The Globe said his read of the Canadian regulations is the same: There is no requirement to test oil, despite what Transport Canada claims. Ken Pritchard, a former hazardous materials inspector for the Federal Railroad Administration in Washington, said the Canadian regulations appear to encourage shippers to send oil quickly by classifying it as potentially volatile. "If I was a shipper, I would just say it's [packing group] 1, and not have to worry about classifying every shipment that I make," he said.

The intent of transport Canada's order was for government and shippers to know more – not less – about the crude oil moving in large quantities over the country's rail system. In the past four years, oil shipments on trains have grown exponentially, particularly as more oil is produced in North Dakota, where there is a lack of pipeline capacity. Oil from the Bakken formation that straddles North Dakota, Manitoba and Saskatchewan is lighter than other forms of crude, which means it needs less refining. The Lac-Mégantic disaster shed light on the dangers of shipping this type of oil on trains. Two weeks ago, a train carrying Bakken oil derailed in rural Alabama, causing large explosions and fires that were unusual for crude oil, but very similar to the Lac-Mégantic derailment.

Transport Canada did not respond directly to questions about compliance with the new rules for testing oil. Asked about the issue on Friday, a spokeswoman wrote in an e-mail that the department is working with industry, municipalities, provinces and the U.S. government to improve rail safety and the transportation of dangerous goods. The concerns over testing the oil come as the Auditor General prepares to issue a report next week that will look at whether the Canadian government has adequately overseen the management of safety risks for federal railways. Last week, Transport Minister Lisa Raitt asked the parliamentary committee on transportation to launch a study of Transport Canada's safety management systems. The committee was asked to look at protocols for all types of transportation – not just rail – and provide an interim report on the matter by next summer.

Minister seeks to bring cities into the loop on hazardous rail shipments
November 18, 2013 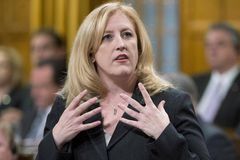 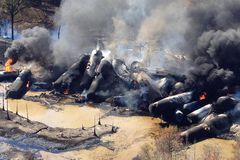