A woman who has waited years to establish her Canadian citizenship in court is considering expanding her case into a class-action lawsuit to include thousands of other so-called "lost Canadians."

Jackie Scott, 68, was refused citizenship even though she came to Canada with her British mother and Canadian father at the age of two and spent most of her life here. A judicial review of that denial was to have started on Monday, but as the proceedings got under way, Ms. Scott put it on hold so she and her lawyers could broaden the court action.

Ms. Scott had initially asked the court to determine whether she was a citizen.

But "it's not just about me," she told reporters afterward, saying she could not in good conscience become a Canadian without doing everything she can to help other "lost" individuals.

Ms. Scott was born in England in 1945 to a Canadian serviceman father and a British mother and later migrated to Canada.

The government claims that Ms. Scott's father was legally considered a British subject at the time because Canada's first citizenship act did not come into effect until 1947.

"What happened today is quite interesting and it's going to result in a historic decision as to what a Canadian is and when Canadians actually came into being," one of Ms. Scott's lawyers, James Straith, said outside the court.

"What we hope to do now is come back and get a final order from the court where the court finds not just in Jackie Scott's case, but in every one of these cases of lost Canadians," Mr. Straith said.

The government argued in a written response to Ms. Scott's application for judicial review that "Canadian citizenship is a creation of federal statute. In order to become a Canadian citizen, a person must satisfy the applicable statutory requirements."

But Mr. Straith said he finds that claim very troubling.

If the government is "able to maintain that citizenship is only something that is defined by Parliament, and not simply defined by the law and Constitution of Canada, then they have a lot more flexibility on what they can do with citizenship and where they can allow and deny citizenship," he said.

Ms. Scott's decision to expand the court action came after Judge Luc Martineau refused to allow a government document to be brought before the court.

The document – a 1943 pamphlet issued to Canadian soldiers – deals "with the historic rights of Canadians as they were going overseas," Mr. Straith said.

It states that the soldiers "were fighting as citizens of Canada, not as merely British subjects," he said.

But due to the narrow nature of a judicial review, such a document is not permitted. Ms. Scott and her lawyers decided a trial setting could lead to a more meaningful ruling.

"Then the court can make a finding, binding on everyone, that as a matter of fact Canadian citizens did or did not exist prior to Jan. 1, 1947," Mr. Straith said. "It's an opportunity to get this dealt with once and for all."

Ms. Scott's judicial review has been adjourned. Over the next few weeks, she and her lawyers will determine whether to pursue a class-action lawsuit, or petition the court for a declaratory statement.

Although the timeline is still uncertain, Ms. Scott should be back in front of a judge in September. If the new action is denied, the judicial review will go forward.

How many people might be affected by a class action or declaratory statement is unclear.

"I would guess that there are probably several thousand people that are affected like Jackie," said Don Chapman, the founder of the Lost Canadians.

But "the problem is you don't know," he said.

When the federal government overhauled its citizenship laws in 2009, approximately 750,000 lost Canadians gained citizenship. However, because the changes applied only to those born in or after 1947, individuals like Ms. Scott were excluded.

And although Ms. Scott said it would have been nice to leave the court on Monday with confirmation that she's Canadian, she knows she is not the only one affected by a feeling of statelessness.

"We'll eventually be all dead – we're a bunch of senior citizens," she said of the remaining lost Canadians. "It's like the government is waiting for [us] to go away through attrition."

"I guess I'll just have to be stubborn enough and stick around and make sure it's resolved," she said. 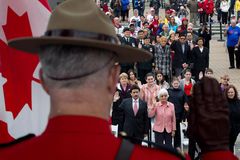 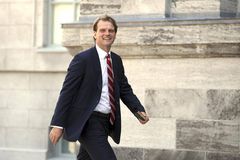 B.C. woman gets day in court in fight to be recognized as Canadian
July 21, 2013 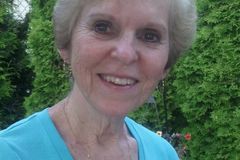