The steep drop in the loonie is hurting the winners of one of the country's most prestigious science fellowships and leading some of them to consider not returning to Canada until the economy and the currency stabilize.

The most acutely affected are top postdoctoral researchers working at U.S. universities who are funded through postdoctoral grants from the Natural Sciences and Engineering Research Council of Canada (NSERC). As the currency has declined, so has the value of the award.

"It's gone down and down and down," said James LeBlanc, a physicist with a PhD from Guelph University who is currently a postdoc researcher at the University of Michigan in Ann Arbor.

With an application success rate of less than 10 per cent and an annual stipend of $45,000 for each of two years, the award is one of Canada's most prestigious for freshly minted science PhDs.

The money can be used to fund research anywhere in the world. Half of the approximately 220 successful scholars who win each year go to top U.S. schools.

"The idea is that it buys you a bargaining chip. It's to go to a place that otherwise may not have funding for you, or you can pick a top place and have funding. It's a really good concept and a good idea," he said.

Because the money is disbursed four times during the 24-month period of the grant, however, sharp currency fluctuations can have an outsize impact on a researcher's annual income. In January, when the Canadian currency hit its lowest point in two years, Dr. LeBlanc received his last instalment. He also has supplementary funding from his supervisor, but the amount was decided two years ago.

"The grants get paid out on some particular day, with no averaging over time. Overnight, you've lost 4 per cent of your annual income," he said.

Dr. LeBlanc would like to see more predictability in the amount, perhaps if NSERC set a stable exchange rate for the duration of the award.

The agency said that adjusting the award to hedge against currency risks is impossible.

"If you were to try to adjust on one element, the impact that would have on [our] other programs would be unmanageable," said Pierre Charest, vice-president of Research Grants and Scholarships at NSERC.

"Award winners can negotiate supplements and that is why we don't hear a lot about this issue," Dr. Charest said.

Some grant-holders have been able to find ways to cope with the instability.

Chris Caputo has a PhD in chemistry from the University of Toronto and is at Harvard for his NSERC award. From friends who held such grants in the past, he was familiar with how the value of the award could change over its duration. So he negotiated a top-up at the beginning of his Harvard term, which is paid monthly.

"When I was interviewing, one of the things I asked was if they were willing to make up for any change in the currency," Dr. Caputo said.

Over all, about 40 per cent of NSERC postdoc winners receive a supplement from a supervisor, with $11,000 being the average amount for those who do so.

Partly due to personal reasons, Dr. Caputo says he would like to find a full-time career in Canada after Harvard.

Other young scientists say the weak currency is making them think twice about coming home.

Milad Abolhasani, a chemical engineering graduate from U of T and NSERC award-holder at the Massachusets Institute of Technology, says losing about $4,000 in Canadian dollars has meant he can't visit his wife, who is in Canada, as often as he would like.

Now, he is looking at differences of as much as $40,000 between starting salaries for academics in Canada and the United States.

"The currency has a huge contribution," he said. "I think we will see top-notch people not go to Canadian universities."

"People getting experience outside the country allows them to get great positions in Canada. And we have Canada Research Chairs, Canada Excellence Research Chairs," he said. "We have mechanisms to bring these people back to Canada." 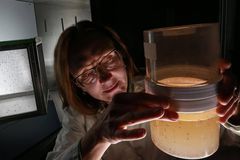 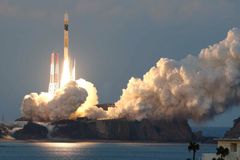