Reserve schools are failing Canada's aboriginal students and there is no quick-and-easy fix, says a new report from the C.D. Howe Institute.

A study released Thursday by the research group found that only four of 10 young adults living on reserves across the country have finished high school.

Those figures contrast sharply with graduation rates of seven out of 10 for off-reserve aboriginals and nine out of 10 for non-aboriginals. The study also found eight out of 10 Metis graduate from high school across the country.

John Richards, one of the study's authors, said any attempt at reform needs to be multi-pronged and more incremental than earlier attempts at sweeping, legislative solutions.

"There's no silver bullet here. Giving more money won't fix it all," Richards said in an interview, adding that an increase in funding is still an essential part of any viable plan to improve on-reserve schools.

The study called "Students in Jeopardy: An Agenda for Improving Results in Band-Operated Schools" highlights the many repercussions stemming from low levels of education, including unemployment, poverty, limited social and economic opportunities, crime, health problems and ongoing dependence on government for housing.

"This bleak prospect should make improving education results for on-reserve students imperative for bands, the (Assembly of First Nations) and the federal government," reads the report.

The research singles out British Columbia as leading the country for high-school certification on reserves, coming in at nearly 60 per cent — handily topping the national average of 42 per cent.

B.C. Education Minister Mike Bernier was quoted late last year as celebrating a nine-percentage-point jump in the aboriginal graduation rate in the province over the past six years, both on and off reserves.

In comparison, the graduation level in Manitoba was pegged at 30 per cent, about half that of British Columbia's.

Richards attributed B.C.'s relative success to several factors, including the presence of a provincewide aboriginal education group that acts as a pseudo-school board, as well as collaboration between B.C.'s First Nations Education Steering Committee, the province and the federal government.

He spoke against focusing immediately on legislation as a solution, referencing the high-profile failures of the Kelowna Accord a decade ago and, more recently, Bill C-33, the First Nations Control of First Nations Education Act that drew loud opposition from the aboriginal community.

"The diversity of viewpoints among First Nation leaders and the often poorly informed positions advanced in Parliament mean that legislative reserve-school reform has become a Sisyphean exercise," the report read.

"A prerequisite to improving reserve schools is to acknowledge First Nations' legitimate distrust of government, rooted in Canada's efforts to dismantle aboriginal languages and cultures, in particular through residential schools," reads the report.

A spokeswoman for Indigenous and Northern Affairs Canada said the Liberal government will make "significant new investments" to ensure children on reserves receive a quality education, while also respecting the principle of First Nations control of First Nations education.

"The government will explore options and develop a road map to move forward on First Nation education. We will be able to provide more details once that direction is established," said Valerie Hache in a statement.

"By sitting down with First Nations and listening to their concerns and ideas, we will be able to determine together how to improve education outcomes for First Nation students and ensure First Nation control of education reforms in their communities." 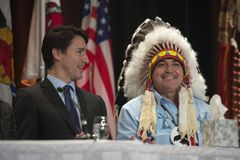 Liberals optimistic about First Nations promises despite critics’ concerns
May 15, 2018 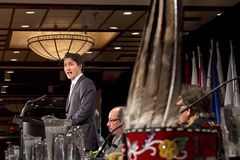 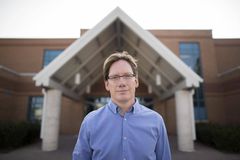