The four friends were plotting a mass shooting on Valentine's Day at the Halifax Shopping Centre, a busy mall in the city's west end - but their alleged deadly scheme unravelled after a single tip to police from Crime Stoppers.

Now, a 19-year-old man is dead, found in his Halifax-area home in the early hours of Friday morning along with three long-barrelled rifles, according to police. Police have not named him. And then on Saturday, two others, Lindsay Kantha Souvannarath, 23, from Geneva, Ill., and Randall Steven Shepherd, 20, from Halifax, were charged with conspiracy to commit murder.

The two were arrested at the Halifax Stanfield Airport early Friday morning as Ms. Souvannarath was arriving from the U.S. Mr. Shepherd was meeting the American woman's flight.

They will appear in court on Tuesday.

The fourth friend, a 17-year-old male from Cole Harbour, was questioned and released without charge. He was known to police - but they would not say how. Their investigation is still continuing.

At a press conference Saturday afternoon, RCMP Assistant Commissioner Brian Brennan said the four were not part of any terrorist group. Rather, they were "four individuals who formed a friendship and decided to plan and commit a heinous crime …"

"Their friendship was not based on culture or ideology," he said.

Added Halifax Regional Police Chief Jean-Michel Blais: "The important thing to realize is this is nothing to do with ethnic or political considerations."

But they still will not say what motivated this group to plot such an event.

It is believed that Ms. Souvannarath had been corresponding online with the 19-year-old male from Halifax with the intention of going to a public place in Halifax to "open fire" on citizens, Justice Minister Peter MacKay told reporters earlier Saturday in a press conference.

He called the group a band of "murderous misfits" and argued that people bent on mass killing could easily be radicalized by groups like IS.

"An individual that would so recklessly and with bloody intent plot to do something like this I would suggest would also be susceptible to being motivated by groups like ISIS and others," he said. "This is the main concern - that any individual in Canada, whatever their motivation or proclivities might be, would also be susceptible to being recruited or radicalized."

He defended his government's new and controversial anti-terrorism legislation. The new bill gives the government sweeping powers to arrest and disrupt suspected terrorism or a terrorist's activities, including travel, banking or electronic communications.

The group's motivation, he said, seemed to be "quite random. It didn't appear to be any specific philosophy that motivated this," he said.

Referring to today being Valentine's Day, Mr. MacKay said: "A day known to represent love and affection would have taken on a much different meaning today."

‎"Based on what we know so far, it would have been devastating," he said. "Mass casualties were a real possibility." 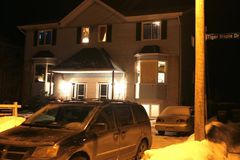 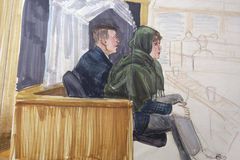 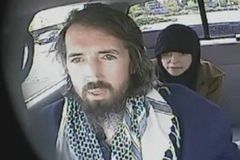