A Quebec judge presiding over Luka Rocco Magnotta's preliminary hearing says the public and media will be allowed inside the courtroom.

Quebec court Judge Lori-Renee Weitzman handed down her decision this morning at the Montreal courthouse, denying a defence motion to exclude the public and the media.

Magnotta has pleaded not guilty to a charge of first-degree murder in the slaying and dismemberment of Lin Jun last May. The preliminary hearing will determine whether there is enough evidence to send him to trial.

Magnotta's preliminary hearing began Monday with a motion presented by the accused's lawyers calling for a closed court.

Preliminary hearings are subject to an automatic publication ban when requested by the defence, but Magnotta's legal team sought an even more stringent ban.

The Crown said the measure was unnecessary and lawyers representing the media and Lin's family say the publication ban was enough. 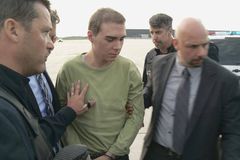 Shackled and handcuffed, Magnotta quiet during court appearance
May 11, 2018 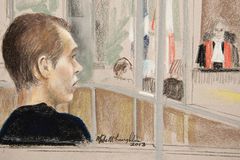