Manitoba's family services minister says the children's advocate is now free to investigate whether the child-welfare system failed a Manitoba teen whose body was found in the Red River.

Kerri Irvin-Ross said the arrest of a suspect in Tina Fontaine's killing means the advocate can move forward with her review, which could be made public if new legislation is in place by then.

The report should be able to answer "what did the system do or not do to support Tina," Irvin-Ross said Tuesday.

"If the children's advocate perceives that this is a document that she wants to share, she will be able to share it," Irvin-Ross said. "It will answer many questions that Manitobans have had."

Children's advocate Darlene MacDonald was unavailable for comment, but spokeswoman Ainsley Krone said MacDonald will meet with police soon to discuss when she can move forward.

"We want to ensure we are not interfering in any way with any criminal proceedings as we conclude our review," Krone said.

Raymond Cormier, 53, was arrested last week and charged with second-degree murder in Tina's death. Her body was found wrapped in a bag in the Red River on Aug. 17, 2014.

Cormier waived a court appearance Tuesday and the case was put over to Jan. 8. His lawyer, Pam Smith, said her client will fight the charges.

Tina had only been in Winnipeg a couple of weeks after leaving her great-aunt's home on the Sagkeeng First Nation, about 70 kilometres northeast of Winnipeg.

She was in the care of Child and Family Services, but police said Tina became an exploited youth in the Manitoba capital. They say she met Cormier at a residence they both frequented.

Court documents allege Tina was killed around Aug. 10, 2014 — 10 days after she was first reported missing from foster care. Police picked her up two days before it's believed she was killed, but did not take her into custody.

Tina's family has said she was found a few hours later, passed out in a downtown alley, and taken to hospital. She was picked up by social workers and placed in a downtown hotel, but ran away again shortly before she was killed.

Irvin-Ross said the office of the children's advocate automatically investigates when a child dies in care, but the Fontaine investigation was on hold while police searched for a suspect. The province did its own internal review and has made changes since then, she said.

It has ended the practice of housing children in hotels, expanded facilities available for high-risk girls and supported an indigenous-led prevention program on Fontaine's reserve.

"We started our work immediately of what can we do to better support children within our system," Irvin-Ross said.

"We still have a problem out there that we still need to deal with." 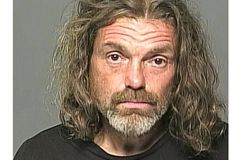 Manitoba’s child-welfare review to resume after arrest in killing of Tina Fontaine
December 13, 2015 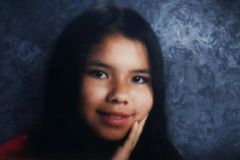 Alleged murderer was a prime suspect not long after Tina Fontaine’s death
December 11, 2015