A man facing a 10-year wait for a pardon for selling small amounts of cocaine when he was 24 is the focus of a lawyer's attempt to raise $20,000 through "crowdfunding" for a constitutional challenge.

Michael Charron of Ottawa was sentenced to four months in jail and a year of probation after he sold cocaine to an undercover officer on three occasions. At the time, the wait for a pardon that would set aside his criminal record was five years. But in 2012, long after he pleaded guilty and served his time, the Conservative government retroactively changed the wait to 10 years, citing public outrage that a notorious child sex abuser, Graham James, a former hockey coach, had received a pardon.

Mr. Charron, now 30, says he is rebuilding his life by taking addiction counselling, repairing his family relationships and returning to school in hopes of moving from blue-collar work (he works part-time at a grocery store) to white-collar work. But he said he fears that doors will be closed to him. He has already been rejected for jobs after background checks, he said.

A pardon – now called a record suspension – would remove the record of his crime from the Canadian Police Information Centre database.

"I've accepted the wrongs that I've done and I've paid my debt," Mr. Charron said in an interview.

"I just want that dark side of my past behind me. I'm walking down a hallway right now with a lot of doors, and those doors are opportunities and they're locked. I find it very difficult to find myself as a person with this holding me back." He said he spent $18,000 to enroll in a computer-networking course in a private college, but wonders whether he will find more doors closed to him at the end of it.

Ottawa lawyer Michael Spratt, who is representing Mr. Charron, said there is little difference between crowdfunding on the Internet and older methods of raising money such as passing a hat around.

Crowdfunding the costs of legal cases is not new, but it is still in its early days in Canada. Adam Dodek, who teaches law at the University of Ottawa, called crowdfunding an attempt "to apply 21st-century technology to a justice system that is still largely stuck in the 19th century: a kind of Steve Jobs meets Rumpole of the Bailey." He said its use reflects desperation in the face of the Conservative government's 2006 cancellation of the Court Challenges Program, which subsidized challenges to laws involving the Charter of Rights and Freedoms.

Trevor Farrow, an associate dean at Osgoode Hall Law School in Toronto, said many think Canada faces an "access to justice crisis," so finding creative and innovative ways to "get over the hurdle of legal fees" should be encouraged.

A key to Mr. Charron's legal challenge will be to show that the rules on pardons relate to punishment. Last year, the Supreme Court struck down a retroactive part of a law that made non-violent federal offenders wait longer for parole. The court said a longer wait for parole amounted to tougher punishment, and was therefore unconstitutional when applied to crimes committed before the law was in place.

Mr. Spratt said he consulted the Law Society of Upper Canada, the self-governing body for the legal profession, and was told crowdfunding was not a problem, as long as he makes clear that he follows the instructions of his client, not the donors. The money would go toward his legal fees.

Susan Tonkin, a communications adviser for the Law Society, said that it does not provide legal or business advice on particular funding practices, and that anyone choosing to raise legal fees by crowdfunding would need to abide by the rules of professional conduct, including disclosure about fees and costs.

Parole Board says no more funding to clear backlog of old pardons applications
March 16, 2015
The Conservatives’ temptation to politicize the parole system
February 4, 2015 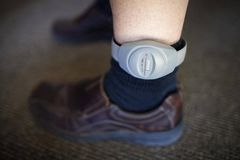 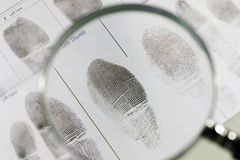