Four members of a high-school football team in northern Alberta were killed, allegedly by a drunk driver, in the second big loss of teenage life on the roads of the province within a week.

A 21-year-old man has been charged with 11 offences, including failure to remain at the scene of the accident.

The principal of Grande Prairie Composite High School said a semi-final game slated for next weekend will go ahead. "We have to be courageous," Rick Gilson, who is also the football coach, quietly told his Warriors squad.

The tragedy comes a week after two girls and two boys from the southern Alberta community of Magrath perished when their car went off the road, flipped, and landed on its roof partly submerged in a creek. RCMP blamed "speed and driver inexperience."

They are separated by about 1,000 kilometres, several days, and different circumstances, but the two Alberta communities are tragically linked by a pair of crashes that snatched the lives of eight gregarious teens, all 16 and under. And the affected families are reaching out to each other in their grief.

"You have never met us," Gord Card and Marie Gruninger Card wrote on a Facebook group set up for one of the Grande Prairie victims. "We're the parents of Clay Card who died in the car accident in Magrath last weekend. Our hearts and prayers are with you at this time.

"We have a strong idea of what you are going through and how you are feeling. Stick close with your friends, family and community and they will help you through this. Let us know via facebook if you would like to talk or if we can be of help.

"Please pass this on to all of the other families involved and know that all 4 sets of parents here in southern Alberta will try to get in touch," the couple added.

Loved ones of 16-year-old Matthew Deller, one of the boys killed in Grande Prairie, responded in kind on the teen's Facebook memorial page and pledged to be in touch.

"Thank you," Doug Deller wrote in response, "I am Matt's uncle. We were close. And our hearts go out to your family as well. God bless."

Early Saturday morning, just after midnight, Matthew and his Warrior football teammates – Walter Borden-Wilkins, 15; Tanner Hildebrand, 15; Vincent Stover, 16; and Zachary Judd, 15 – were heading home from a party in their city of 50,000, about 480 kilometres northwest of Edmonton. They had played an inter-squad game earlier that afternoon and posed for a team photo.

It's not clear who was driving, but as their Mercury Sable moved along an industrial road known as the Correction Line just south of the city, it was struck in what police allege was a hit-and-run by a GMC Sierra pickup truck.

Only Zachary survived. He was taken by air ambulance for medical care in an Edmonton hospital where he was listed as critically injured, but stable.

Traffic collision analysts are still trying to determine the events leading up to the crash and how it happened, RCMP Constable Carol McKinley said. Police have charged a local man, 21-year-old Brenden Holubowich, with 11 offences.

He faces four counts of impaired driving causing death and four counts of causing death by operating a motor vehicle while over the 0.08 blood alcohol limit. He also faces three more charges of impaired driving causing bodily harm, causing bodily harm by operating a vehicle while over the legal limit and failing to remain at the scene of an accident.

He was released on bail and is slated to be back in court Oct. 31.

After meeting with B.C. Premier Christy Clark last Friday, Alberta Premier Alison Redford told reporters she is considering invoking tougher penalties for drunk driving. B.C. introduced new sanctions for blood alcohol limits above 0.05 and it has brought in driving bans and car seizures. The changes were considered controversial, but according to Ms. Clark, they have helped cut drunk-driving deaths in half in her province.

But public policy wasn't on the minds of hundreds of friends, family, teachers and emergency responders who gathered at Legion field after the accident to remember the Grande Prairie teens. Many wore orange and black team colours and then released orange-hued balloons into the night sky.

Matthew's father, Leon, told CBC the vigil would have meant the world to his son.

"I know that my son would have appreciated it," he said.

A Mighty Peace Football League semi-final game slated for next weekend will go ahead, said team coach Mr. Gilson. "We have a playoff game on Saturday and they are determined to honour their teammates in that way," added Mr. Gilson, who also described the teens as "great young men with outstanding character."

Mayor Bill Given, a graduate of the same high school, urged the community to support one another and offered his condolences. He also turned to Facebook: "Provide a kind shoulder to your neighbour if they need it."

That sentiment continues to be felt throughout Magrath, population 2,300, about 260 kilometres southeast of Calgary. A week earlier, those who wanted to pay tribute to 16-year-old boys, Clay Card and Renzo Dainard, and 14-year-old girls Danae Gough and Jorden Miller, gathered in memorial on their school's football field.

The teens were out for a ride when they hit a curve on a darkened road, not to be found until morning. At least one parent said there was no one to blame for the accident.

"It's extremely difficult for two communities to try to cope," Cpl. McKinley said.

But now two deadly crashes involving teens raises questions about Alberta's graduated licensing system, which allows new and young drivers to get behind the wheel without an older supervisor, late at night, and with as many passengers as there are seatbelts.

An editorial in the Calgary Herald soon after the Magrath crash called for a re-examination of Alberta's regulations as a possible way to keep young drivers and those with limited experience safer.

"If the four teens lived in B.C. and observed that province's restrictions around young drivers, they might be alive today," it argued. "To not do our best for them is a recipe for more sorrow." 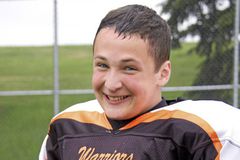 Drunk driving rates slide in the U.S.: An upside to the recession?
October 5, 2011 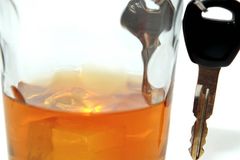 Docket highlights of the Supreme Court's coming fall session
September 29, 2011
Follow us on Twitter @globeandmail Opens in a new window
Report an error Editorial code of conduct
Due to technical reasons, we have temporarily removed commenting from our articles. We hope to have this fixed soon. Thank you for your patience. If you are looking to give feedback on our new site, please send it along to feedback@globeandmail.com. If you want to write a letter to the editor, please forward to letters@globeandmail.com.
Comments are closed