A former inmate has launched a lawsuit against the Ontario government over conditions at a provincial jail, claiming a vicious beating he suffered behind bars was the result of the province's negligence.

Francis Jesse Deguire's allegations focus on the Brockville Jail in eastern Ontario, where he claims an attack by other inmates last year nearly detached his eyelid and left him with bloody head injuries.

In a statement of claim filed with a Brockville, Ont., court, Deguire alleges the province failed to ensure his safety while incarcerated.

"The plaintiff's assault and resultant damages and injuries were caused by the negligence of the defendant," Deguire's statement of claim says. "The defendant knew or ought to have known that its acts or omissions would place the plaintiff in danger."

The attack was so severe that a judge who sentenced one of Deguire's attackers questioned whether it was time for an inquiry into provincial institutions.

"Surely society, the institutions have an obligation and a duty to protect inmates. There have been complaints for years about the state of our institutions," said Justice Peter Wright. "This is far worse. It raises serious issues of safety, about the ability of correctional officers to respond, their authority, training, planning and supervision."

A spokesman from Ontario's Ministry of Community Safety and Correctional Services said it would be "inappropriate" to publicly comment on a matter before the courts.

Deguire was sentenced in February 2015 to four months in jail for impaired driving and was incarcerated at the Brockville Jail, where he spent the first three days sleeping on a cell floor because a bed wasn't available.

He was then transferred to a detention centre in Lindsay, Ont., before being sent back to Brockville to serve the last four days of his sentence.

It was during those last four days that the attack happened.

Deguire learned he would be housed in "Dorm 2" — which he believed was occupied primarily by violent offenders and had a history of assaults against inmates — and expressed concerns about his safety to correctional officers, the statement of claim said.

The inmate told authorities he would be willing to sleep on the floor rather than be placed in Dorm 2, but his pleas were denied, the statement said.

"Within approximately five minutes of being placed in Dorm 2, the plaintiff was seriously assaulted."

During the attack, Deguire was questioned by the three inmates about where he had come from and how long he would be there before one inmate "slapped his genitals" stating they were going to "have fun tonight," the statement of claim said.

After Deguire nudged the inmates, he was placed in a headlock, thrown to the floor and repeatedly kicked in the face, head, shoulder and back, the statement of claim said.

"At times he was picked up and thrown into metal beds, sinks and to the floor again, causing the Dorm to become covered with the plaintiff's blood," the document said. "These inmates continued to assault the plaintiff for approximately fifteen minutes. The assault was visible on the institution's video surveillance."

The beating stopped when a jail employee came to deliver lunch trays to the inmates, at which point Deguire was shoved into a corner and then hidden behind a shower curtain, the document said.

Deguire was only removed from the dorm when several correctional officers showed up after the lunch tray delivery.

Deguire needed 10 stitches to reattach his eyelid, the statement of claim said.

The assault has left him with blurred vision, hearing loss, dizziness as well as head, neck, shoulder, rib and back pain, the document said. He also suffers from psychological and emotional distress.

Criminal charges were laid against three inmates in relation to Deguire's assault and all three pleaded guilty, the statement of claim said, noting that the judge who presided over that case told Deguire he never should have been placed in the same dorm as the trio.

Deguire is seeking $200,000 in general damages for the province's negligence, punitive damages of $300,000, as well as other special damages of an unspecified amount. 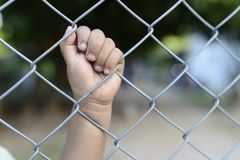