A Toronto man accused of attacking Canadian soldiers with a knife has been charged with a terrorism offence just as a judge found him unfit to stand trial.

Witnesses described soldiers subduing a knife-wielding man who had tried to hurt them, allegedly saying, "Allah told me to come here and kill people." No soldiers were seriously injured.

The Islamic State terrorist group has been urging extremists in North America and Europe to use such tactics against uniformed soldiers.

On Tuesday, the RCMP announced in a statement that they laid a catch-all terrorism charge against Mr. Ali – specifically a Criminal Code offence stating he committed all of his other alleged crimes for "the benefit of, at the direction of or in association with a terrorist group."

The Mounties did not state which terrorist group they are accusing Mr. Ali of being aligned with and they did not discuss what evidence they have that led the Crown to believe he was motivated by terrorist ideals.

The fresh charge came as Mr. Ali was in court for a hearing to determine if he's mentally fit to stand trial. In late March, Mr. Ali was ordered to undergo a 30-day psychiatric assessment, which was later extended to 60 days.

In court on Monday, Justice Riun Shandler of the Ontario Court of Justice heard evidence from Mr. Ali's psychiatrist, his lawyer, Maureen Addie, said, and on Tuesday, Justice Shandler ruled that Mr. Ali is unfit to stand trial.

"The psychiatric assessment has established that Mr. Hassan Ali is suffering from a major psychotic mental illness," Ms. Addie said in an interview, later adding that her client is unable to fully participate in the court process.

Ms. Addie declined to comment on the timing of the terrorism charge.

Justice Shandler issued a 60-day treatment order that returns Mr. Ali to a psychiatric hospital, where he will receive anti-psychotic medication in the hopes that he will be found fit to stand trial, Ms. Addie said. Another fitness hearing is to be held on July 29.

At the time of his arrest on March 14, friends described Mr. Ali as a Canadian Muslim of Somali heritage who had a precarious mental state and a family that had grappled with mental illness.

In October, 2014, two Canadian Forces soldiers were killed in separate attacks by extremists who considered themselves aligned with the Islamic State. Federal agents had previously intervened to frustrate the suspects in their attempts to fly overseas to join the group. Both men were shot dead by police after launching their deadly attacks. 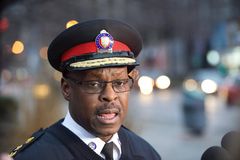 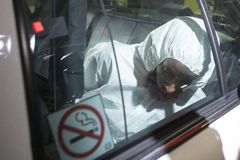 Suspect in Toronto military stabbing remanded in custody until next week
March 18, 2016 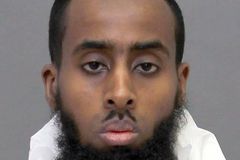 Follow Colin Freeze and Jill Mahoney on Twitter @colinfreeze @jillsmahoney
Report an error Editorial code of conduct
Due to technical reasons, we have temporarily removed commenting from our articles. We hope to have this fixed soon. Thank you for your patience. If you are looking to give feedback on our new site, please send it along to feedback@globeandmail.com. If you want to write a letter to the editor, please forward to letters@globeandmail.com.
Comments are closed