A schizophrenic man who was found not criminally responsible for beheading and cannibalizing a fellow passenger on a Greyhound bus was granted an absolute discharge Friday.

That means he will no longer be subject to any conditions or monitoring to ensure he takes his medication.

Manitoba's Criminal Code Review Board granted a request from Will Baker's lawyer to give Baker his full freedom, nine years after the brutal stabbing that horrified passengers.

The board "is of the opinion that the weight of evidence does not substantiate that Mr. Baker poses a significant threat to the safety of the public," the written decision read in part.

Baker, formerly known as Vince Li, was initially kept in a secure wing of a psychiatric hospital. He was granted more freedom and privileges every year at his review board hearings, starting with escorted walks on the hospital grounds.

His doctors described him as a model patient who had not been treated for schizophrenia at the time of his attack. After his arrest and placement at the hospital, he responded well to medication and understood that he must continue to take it to keep his illness at bay, they said.

Baker started living on his own in a Winnipeg apartment last November but was still subject to rules and nightly monitoring to ensure he took his medication. His lawyer has asked the review board Monday to strip away the remaining conditions and give Baker complete freedom.

The victim's mother, Carol de Delley, has been outspoken against granting Baker freedom, arguing there would be no way to ensure he continued to take his medication.

Conservative member of Parliament James Bezan has also criticized Baker's release. He said earlier in the week it would be an insult to de Delley and McLean's other relatives.

Baker's defenders include Chris Summerville, executive director of the Manitoba Schizophrenia Society, who has met and worked with him over the years.

"He is no longer a violent person," Summerville said.

"I will say, yes, he absolutely understands that he has to (take his medication) and has a desire to live a responsible, moral life and never succumb to psychotic episodes and not to hurt anybody ever again."

On the night of the attack, Baker sat next to 22-year-old Tim McLean — a complete stranger — after the young man smiled at him and asked how he was doing.

Baker said he heard the voice of God telling him to kill the young carnival worker or "die immediately."

He repeatedly stabbed McLean while the young man fought for his life. As passengers fled the bus, Baker continued stabbing and mutilating the body.

The Supreme Court of Canada ruled in 1999 that a review board must order an absolute discharge if a person doesn't pose a significant threat to public safety.

The ruling added there must be clear evidence of a significant risk to the public for the review board to continue imposing conditions after a person is found not criminally responsible. 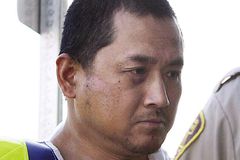 Man who beheaded bus passenger approved to eventually live on his own
February 26, 2016 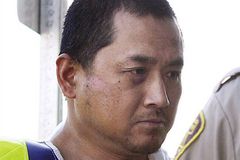