One of the few remaining senior figures left in Montreal's Rizzuto Mafia clan has been assassinated, the latest casualty in a once-powerful criminal syndicate that has been rattled for more than a decade by police arrests and the deaths of its top kingpins.

The latest victim is Rocco Sollecito, described in court documents and testimony at a public inquest as one of the top five figures in the Rizzuto organization and the Mafia's point man in its dealings with the construction industry.

Police said he was gunned down while he was at the wheel of his white SUV on Friday morning, on Saint-Elzéar Boulevard West in Laval, the suburb north of Montreal.

The slaying is being investigated by the provincial Sûreté du Québec rather than the Laval police because the victim has ties to organized crime, said Lieutenant Jason Allard, an SQ spokesman.

According to public records, Mr. Sollecito, 67, lived in Laval, near Saint-Elzéar Boulevard.

Unlike other top figures of the Rizzuto clan, who often are from Sicily, Mr. Sollecito came from the southern Italian town of Bari but has been a top leader in the organization, according to testimony at the Charbonneau inquiry into the Quebec construction industry.

A police summary prepared for the inquiry described Mr. Sollecito as a man with "moral authority/respected by other members."

RCMP affidavits say that he was often present at the Consenza Social Club, a mob hangout, where hidden police cameras recorded his presence on 85 occasions when a construction boss or an underling brought stacks of cash that were shared by the gang kingpins.

"Mr. Sollecito was the one who took particular care of what I would call the construction side of the business," Montreal police detective Éric Vecchio said in testimony at the Charbonneau inquiry.

Another witness, the businessman Elio Pagliarulo, alleged that Mr. Sollecito "would decide [which firms] would get the contracts. That was his role," he testified.

Mr. Sollecito had a criminal record for conspiracy, possession of proceeds of crime and gangsterism.

He was also named in an Ontario civil suit as a middleman in a 1980s scheme by Vito Rizzuto to invest $1.5-million in undeclared revenue in a junior Alberta mining company.

Mr. Sollecito's death is the latest of a string of setbacks for his organization.

Led by Mr. Rizzuto and his father, Nicolo Sr., the crime family of the same name became dominant in the 1980s, when its Sicilian members supplanted the Calabrian faction that until then had run the Mafia in Montreal.

According to U.S. court documents, the clan became as powerful as the New York Mafia's famous Five Families and became known as "the Sixth Crime Family."

However, Vito Rizzuto was arrested in 2004 and extradited to the U.S. for his role in a Brooklyn triple murder.

During his absence, his eldest son and his father were murdered. His brother-in-law was abducted and never seen again.

Vito Rizzuto came back from prison in 2012 to reassert his authority but died in hospital the following year.

According to police, the leadership of the Montreal Mafia was more recently held jointly by Mr. Rizzuto's surviving son, Leonardo, and Mr. Sollecito's son, Stefano.

Leonardo Rizzuto and Stefano Sollecito were both arrested and charged with drug trafficking and gangsterism last fall. 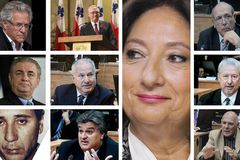 Storied Montreal mobster Richard Matticks, dead at 80, was a character in one of the biggest Quebec police scandals
January 16, 2015 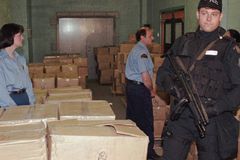 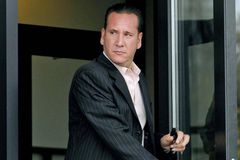