The Ontario Court of Appeal this week is looking at mandatory minimum sentences. We asked readers how they felt about them. Here are some of their responses. You can add your own here.

I support them. They are an effective deterrent to would-be offenders

If you do the crime, you should do the time. The argument that "harmless" offenders can get an overly severe penalty is not logical; "harmless crimes" don't really exist. If an action is a crime, it has been deemed so because it does cause harm. Minimum sentences would make our justice system more fair than it is now. Too much discretion by judges leads to some criminals getting off too easily.

If you break the law, you do the time.

If the crime is black and white like own/carrying/using a gun illegally, then the sentence should be the same, no matter if they are minors or it's their first offence.

We have mandatory minimums for many offences, from murder to drunk driving. There is nothing inherently wrong with them.

Judges are excessively bound by precedent and past decisions and sentences, many of which were inadequate. Reliance on a host of sentences from 'yesteryear' makes no sense when applied to emerging and new levels and types of crime. It also slows down case decisions, when judges feel they have to weigh a host of factors in arriving at an "appropriate" sentence. A few mandatory minimums could help move things along a bit and ease the courtroom sclerosis.

People need to know what the law is so they can understand the consequences of their actions. Mandatory minimum sentences make this possible. Judges always have the ability to sentence within a range based on the law and precedent. Parliament has the right to change the law and sent mandatory minimum sentences, which the judges should be obligated to enforce. Judges today seem to be too much involved in making law and too little in enforcing the law.

I don't support them, they are unfair

They tie a judges hands to make fair sentencing according to circumstances. Adding more people to jails is not the way to fight most crime. Look to the causes and put the money there and stop the reactionary politically motivated legislation for mandatory sentencing.

Each individual crime and offender is different. To treat them as otherwise is over simplifying the problem. It should be those who work within the system and see these cases and offenders on a daily basis who should be making the judgment on sentences as they are much better equipped to know what will and won't work on individual cases.

Best way to fight crime is to figure out what is making people engage in these activities and rehabilitate them in prison so that they can become productive members of society. Don't waste taxpayer money housing and feeding people when you can help them get back on their feet.

The U.S. has been moving away from the failed policy for years. Plus, minor offences that used to be plea bargains will now go to trial and then be appealed, furthering the backlog in the system.

They are too rigid, and do not allow for unusual cases.

They deter no one. The assumption that criminals are aware of the sentences they face should they commit a crime, or even what the crime they are committing would fall under in the criminal code is ridiculous. Why don't we do a study of criminals and citizens and see how many know all the criminal code statutes, and what sentence each one carries. We need to focus on preventing crimes and their underlying causes rather than addressing them after the fact when there is far less that we can do.

Mandatory minimums violate the Charter guarantee to a fair trial. Every person deserves to have their case evaluated and judgment made upon that evaluation, not upon a piece of legislation dictating how a judge must act.

Most crime is committed due to poverty and/or lack of social mobility. People will not commit less crime because of heavier sentences.

Kind of pointless to pay a judge $150,000 a year and then not let him make decisions.

I am an advocate of aboriginal justice whereas you have to redeem the community for the misdeeds you have caused. It costs over $ 50,000 to keep someone in jail. It would cost a fraction of this to help people do good for the community and be away from the drug and crime hives that inhabit jails.

There is clear and robust sociological evidence that mandatory minimums become burdensome on the justice system, do not reduce recidivism, and may actually have the effect of hardening those put into the penal system for relatively minor crimes. Mandatory minimums have been a colossal failure, from a fiscal, economical and social perspective, in American states that have used them. 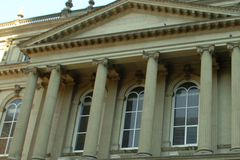