The Manitoba government has no plans to hold a public inquiry into missing and murdered aboriginal women, despite a call from some of the province's aboriginal leaders.

"We're not even discussing that at this time. They key thing is we don't want to get in the way of a criminal investigation," Justice Minister Andrew Swan said Tuesday. "Right now, that is our priority – to try to get closure for the families that have been pained by this."

Mr. Swan's comments followed the arrest of Shawn Cameron Lamb, 52, on charges of killing three aboriginal women in Winnipeg. Police are not ruling out further charges and are talking with forces in other provinces to see if Mr. Lamb may be connected to cases elsewhere.

The bodies of two of his alleged victims – Carolyn Sinclair, 25, and Lorna Blacksmith, 18 – were found wrapped in plastic near garbage bins. The body of the third woman, Tanya Nepinak, 31, has not been recovered.

Aboriginal leaders want a public inquiry to examine how reports of missing women are investigated by police. David Nepinak, head of the Assembly of Manitoba Chiefs, says many aboriginals have feared there is a serial killer targeting native women in Winnipeg.

Mr. Nepinak and other leaders were planning to hold a vigil at the legislature Tuesday night.

Mr. Swan said the province has focused on ensuring police have the resources to investigate missing-women cases and other crimes, and he has raised the issue on the national stage.

"We talked about those issues as recently as January when [provincial] justice ministers met," he said. "We want to do our part on the justice side to make sure the resources are there to take on these cases and to solve these cases." 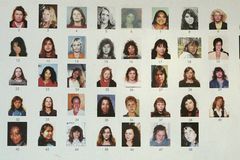