Even after a cigarette, she seems anxious – smoothing her pink suit jacket, glancing over at her son, taking deep breaths.

Maria Shepherd still finds it hard to talk about, a quarter century later: the day in 1991 when her 3-year-old stepdaughter Kasandra died after a series of brutal seizures. And the days that followed, when she was accused of killing the girl, interrogated and charged. And then the two-year sentence, after she pleaded guilty – a plea she feels she was coerced to make based on sham evidence.

The ordeal has left a "lifetime of damage," she says.

But the subject may begin to lose some of its sting on Monday, when a court is expected to overturn the manslaughter conviction that sent her to prison and branded her a "baby killer."

If the appeal is successful – and the Crown also wants the verdict set aside – it will be the latest vindication for a victim of disgraced forensic pathologist Charles Smith. Before a review discredited his methods in 2007, Mr. Smith helped secure more than a dozen criminal convictions with medical opinions on the deaths of children, including Kasandra's.

Ms. Shepherd will be at the courthouse on Monday, hoping – if not for redemption, or restitution – at least for some long-awaited relief.

"I'm tired mentally; I'm tired physically," she said during a tearful conversation in her lawyer's office last week. "I would like to not have to carry this any more."

Ms. Shepherd was not yet 20 when she moved in with Ashley Shepherd, Kasandra's father. She had a two-year-old son of her own from a previous relationship, and had dropped out of high school after Grade 9. With Mr. Shepherd and her new stepdaughter, she gained stability.

Ms. Shepherd remembers those as happy times: Kasandra was a fun-loving girl, fond of playing superheroes with blankets for capes, running around their Brampton, Ont., home with her stepbrother Jordan.

But she was also a source of contention. Her father and biological mother could not agree on custody, and began accusing each other of child abuse. Investigations by police and the local Children's Aid Society failed to determine what the truth was.

In early 1991, Kasandra's health took a disturbing turn. She was vomiting frequently – in a short stretch, she dropped from 36 to 24 pounds. And the usually lively 3-year-old became lethargic and withdrawn. After a month-long stay at Peel Memorial Hospital, her condition worsened. The vomiting continued, and she began to lose her balance and fall while running, according to a defence factum filed in Ms. Shepherd's appeal.

On the evening of April 9, after her father had shaken her two or three times to get her attention, Kasandra suddenly "made a squealing wheezing noise," Ms. Shepherd recalled in court submissions. "She clenched her fists and her arms were bent and stiff. She was shaking and her eyes were rolling into the back of her head. Her breathing seemed like she was gasping for air."

"It was one of the most horrific things I've ever seen," Ms. Shepherd said in the interview.

The seizures continued at Peel Memorial, and Kasandra was sent by ambulance to the Hospital For Sick Children in Toronto. She was declared brain dead at 6:46 a.m. the next day.

According to court documents, at least three doctors at Sick Kids suspected non-accidental trauma contributed to Kasandra's death based on a CT scan done hours before she died; two of them suggested child abuse. Mr. Smith was called in to perform the autopsy.

Based on a doughnut-shaped bruise on the back of Kasandra's head, Mr. Smith determined that she had suffered a fatal blow from a circular object, and asked police to find an implement in the Shepherd home that matched its dimensions. Ms. Shepherd's watch seemed to fit.

On April 24, only days after Kasandra's funeral, Peel Regional police interrogated Ms. Shepherd. "[The officer] said, 'Maria, can you imagine what the papers are going to read in the morning? Stepmother kills stepdaughter – your kids are gone,'" she recalled in the interview.

Ms. Shepherd said she was certain police would not let her leave the station until she gave a confession. She said she was exhausted, having slept little since Kasandra's death, and intimidated by the officers' tone. Although she later recanted the story, she told police she struck Kasandra in anger with the back of her left hand after the girl refused to help her baby sister, who had fallen off the bed. Asked if Ms. Shepherd's watch hit Kasandra in the head, and she replied, "It might have."

Ms. Shepherd was charged with manslaughter. To her husband and her lawyer, she began backtracking immediately, saying that she merely pushed Kasandra out of the way to get to the baby.

But Ms. Shepherd said her sense of intimidation grew when Mr. Smith arrived to testify at her preliminary hearing.

"I stress the word 'godlike' for Charles Smith because that's actually how he conducted himself," she said. "He walked in and everyone was just, like, stargazing at him. Like he was some superstar."

Ms. Shepherd's lawyer has said that, at the time, even he found the doctor's evidence "compelling."

In court, Mr. Smith said Ms. Shepherd's watch and the contusion on Kasandra's head were "a very nice fit."

"It was getting more and more clear that I had no hope," she said. "I was one little person against this gentleman that was, at the time, deemed as being infallible, unassailable."

She also reasoned that a guilty plea would reduce her time behind bars, and showing remorse would increase her chances of regaining custody of her children.

"The purpose of my plea was to save my family," she said.

Her first days in jail were terrifying. Pregnant with her fourth child, she was advised to tell other inmates she murdered her husband, because a person who pleaded guilty to killing a child would be attacked.

Ms. Shepherd spent about eight months of the two-year sentence in prison, then a few months in a halfway house. When she got out, she set about slowly rebuilding her life. A temporary job answering phones at her trial lawyer's office grew into a five-year stint as a paralegal.

Depression stalked her for years. Ms. Shepherd doubted that her case would be revisited, and nursed deep misgivings about her treatment by the criminal justice system.

That began to change in November, 2005, when Ontario's Chief Coroner announced a review of cases in which Mr. Smith had performed the autopsy or given a consulting opinion. In 2007, the review concluded he made "serious and fundamental errors" in 20 cases, including Kasandra's. (He has since been stripped of his medical licence.)

Soon after, defence lawyer James Lockyer and the Association in Defence of the Wrongly Convicted took up Ms. Shepherd's case.

"One of the best days of my life is when I heard that Charles Smith had been caught," she said. "Then I hear that, 'Maria, you're one of the cases.'... I couldn't stop crying. One of the days of elation for sure."

Alternative medical opinions eventually established the weakness of Mr. Smith's testimony in the Shepherd case. Simon Avis, chief medical examiner for Newfoundland and Labrador, wrote in a 2010 report prepared for the defence that the pathologist's theory that Ms. Shepherd's watch caused the internal bruise beneath Kasandra's scalp had "no scientific basis." The Crown and two other medical experts agree. Remarkably, Ms. Shepherd says she would like a chance to forgive Mr. Smith.

Above all, she said, she craves normality. She and Mr. Shepherd are still married, and work together at his legal services company in Brampton. The family, four children and a granddaughter, is closer than ever, she says.

But even Ms. Shepherd is still haunted by a sense of loss. She thinks of Kasandra often: Would she be in university now? Would she be married? What would she look like?

Flipping through her phone, she finds a photo of the girl standing on white kitchen tiles with her brother Jordan, grinning at the camera so that her eyes squint.

Editor's note: An earlier digital version of this story incorrectly spelled Kasandra's name in the photo caption. This version has been corrected.

Mom who pleaded guilty to kid’s death 25 years ago set for exoneration
February 22, 2016 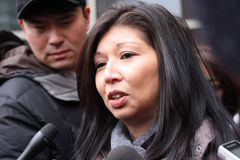 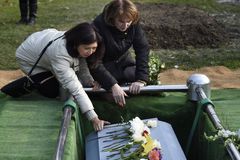 After pleading guilty for paying surrogates, business is booming for this fertility matchmaker
February 28, 2016 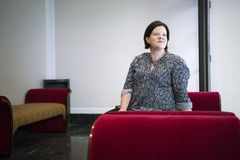