The Maritime provinces' only inter-city bus line will shut down by November, leaving thousands of residents without access to transportation outside their town or city.

Acadian Coach Lines, which operates the Maritime bus routes of Montreal's Groupe Orléans Express, announced Tuesday afternoon that it would cease operations in the region.

The region has been bleeding money from Orléans since the company bought Acadian in 2004, said Denis Gallant, vice-president for the Maritimes. By November, he said, Orléans will have lost close to $12-million from Acadian routes since its acquisition.

"We're at the point where we cannot continue to suffer such financial losses," Mr. Gallant said.

New Brunswick, Nova Scotia and Prince Edward Island are home to a vast network of towns and villages that depend on Acadian's bus network. They have little other choice: In June, Via Rail announced it would cut its number of weekly Halifax-Montreal trips to three from six. (Moncton is the only other official Maritime stop on the route, though riders may board or request stops at 11 other Maritime communities on Via's route.)

In the Maritimes, with its increasingly aging population and large seasonal workforce, many live on fixed incomes for some or all of the year; some of those without personal vehicles will be left literally stranded by the Acadian shutdown.

But it is this enormous network that caused Acadian to lose so much money, Mr. Gallant said. Stopping at a half-dozen villages between major cities, sometimes to pick up no one, wasn't a profitable venture. Orléans decided that the relatively small Maritime population, though well-dispersed, isn't big enough to support a comprehensive transit network.

Bus service in the region has been spotty in the last few years, as Acadian has reduced frequency and tried to shut down certain unprofitable routes. This was exacerbated by a five-month strike by staff in New Brunswick and PEI that ended in May.

Glen Carr, president of the Amalgamated Transit Union local that represents New Brunswick staff, said Acadian's decision to close is "a terrible situation to put people in." He believes management didn't make the right decisions in how to use the network – for instance, not taking advantage of growing bedroom communities to expand its ridership base.

Riders won't be the only ones feeling the effects: Acadian also offered a courier service with such clients as Canadian Blood Services, whose delivery costs will rise in the region without the bus service.

About 120 jobs at Acadian will be lost.

While Orléans tried to sell the Maritime routes, Mr. Gallant said, talks broke down with buyers by the end of July. But because Acadian had exclusive rights to its routes, the playing field will be open as of November for another company to offer service. Mr. Gallant also said the process to acquire those rights are "quite lengthy."

If another buyer came forward before November, he said, "we would definitely take a look at it."

As it is, the impact extends to postsecondary students who depend on the inter-city bus lines to get to and from school.

Ben Whitney, a business student at the University of New Brunswick's Fredericton campus, travels home to Saint John at least once a month. "It's hard on university students," he said. "I'll definitely be going home less." While he only lives an hour away from campus, he fears for students who travel from Halifax or Cape Breton to get to school. end optional cut

Tamara Gravelle, a student at Fredericton's St. Thomas University, spent her first year using Acadian's bus services to get home to Tyne Valley, P.E.I. "A lot of students rely on the buses to get home for winter break, March break, or even if they have an extra day off," she said.

She believes the decision could impact where people choose to go to university if they can't easily get to or from their top-choice school. "If they want to go to Dalhousie in Halifax, maybe they're going to go to UPEI because it's closer."

Options are otherwise limited. A cab ride from St. Francis Xavier University in Antigonish, N.S. to Halifax's Stanfield International Airport can cost as much as $200.

Editor's note: Aside from official Halifax and Moncton stops, Via Rail offers stops at 11 other Maritime locations on its Ocean route. Incorrect information appeared in print and earlier web versions of this story. 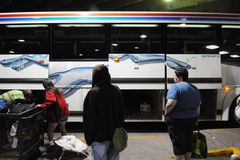 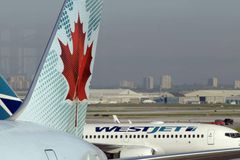 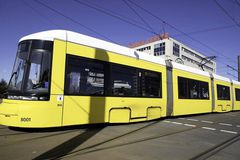