Canadians who are fond of Marmite and a number of other British specialties may have to cross the Atlantic to enjoy them now that the federal food inspection agency says they don't meet this country's regulatory standards.

The Canadian Food Inspection Agency acknowledges that the British foods it recently prevented from being distributed to consumers pose no health threats.

"These are technical violations of the regulations," Lisa Murphy, a spokeswoman for the agency, said in an e-mail on Friday afternoon. "There is no food safety risk associated with these products."

But "regardless of the country of origin, if the CFIA identifies products that do not meet regulatory requirements, enforcement action is taken," she said.

Those regulatory requirements have caused Tony Badger, the owner of Brit Foods in Saskatoon, Sask., a considerable amount of grief.

Mr. Badger was expecting his biggest shipment of British food to arrive toward the end of last year – just in time for Christmas.

It was halted in Montreal by the CFIA because it contained meat products. Meat from the United Kingdom is currently banned in Canada and this particular lot was not properly documented.

In the course of their investigation, the CFIA inspectors discovered other products including the Marmite, a salty-flavoured yeast spread that is something of an acquired taste, and a Scottish orange soda called Irn-Bru (pronounced iron brew) that did not comply with Canada's Food and Drug Regulations.

The Marmite contains vitamins that are not permitted to be added to spreads under this country's regulations, said Ms. Murphy. The Irn-Bru, she said, is made with colouring agent Ponceau 4R, which is also not permitted in Canada.

The problems with the shipment that was detained in Montreal prompted further inspections of Mr. Badger's store in Saskatoon and other British food stores in Edmonton, and Parksville, B.C., where the CFIA found more Marmite and Irn-Bru but did not insist that they be removed from the shelves, Ms. Murphy said.

The fact that a food like Marmite could be banned because it has been fortified with vitamins, "from a layperson's viewpoint, does seem a little mind-boggling," Mr. Badger said.

"We've been bringing it in since '97. We've been declaring it. We're not aware there was any issue whatsoever."

Other foods including the hot-drink mix Ovaltine, chocolate-coated cookies called Penguin bars, and the meat extract Bovril have also been part of the crackdown, British food store owners say.

Some of the owners contacted by The Globe and Mail said they are still selling Irn-Bru, Ovaltine, and Marmite and have never had a problem.

Penguin bars are another matter, said one store owner, who did not want to be identified for fear of drawing the CFIA to her door.

The cookie has been prohibited since last year when an inspector noticed the packaging had been changed to say calcium is added to the bars. Any Penguins that were found on Canadian store shelves at that time were removed and destroyed.

"Unfortunately, with the government, you can't argue with them," said the shop owner. "It's their way, and it's only their way."

British media have had some fun with the actions of the CFIA. "Marmite and Irn-Bru are apparently a threat to the nation's health after the Canadian food watchdog banned some of Britain's most popular exports," wrote the Independent newspaper.

Mr. Badger estimates that he is out about $18,000 as a result of having the food seized.

As for his customers who can't get their Marmite and their Irn-Bru, "to say they are complaining would be an understatement at this point," he said.

"Since there's been the interest and attention from the media, there's been people we haven't seen in ages, new customers, coming in just to offer their support."

Take the chill off winter with slow-cooked comfort food
January 21, 2014 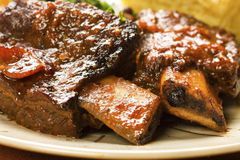 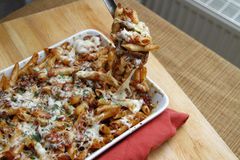 The cold’s got you down? Celebrate the flavour of the tropics with this menu
January 21, 2014 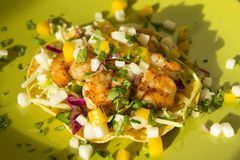