Former Ontario premier Dalton McGuinty's chief of staff has been found guilty of destroying government records and of using deception to obtain special access to computer hard drives in the premier's office.

David Livingston, the chief of staff, "indiscriminately" wiped clean hard drives in the premier's office to ensure that no records existed in connection with the cancellation of two gas-fired power plants, said Justice Timothy Lipson of the Ontario Court of Justice in finding the 65-year-old former banker guilty of unauthorized use of a computer and attempted mischief.

The judgment released on Friday said Mr. Livingston deceived Peter Wallace, secretary of cabinet at the time, into granting him special access to the hard drives and misled him about the true purpose of the request.

The wiping of the computer hard drives was not a "careful" and "selective" process, Justice Lipson said in his 108-page ruling, which took him three hours to read out loud in a courtroom in Toronto's Old City Hall.

"Mr. Livingston's plan to eliminate sensitive and confidential work-related data, in my view, amounted to a 'scorched earth' strategy, where information that could be potentially useful to adversaries, both within and outside of the Liberal Party, would be destroyed," the ruling said.

However, Justice Lipson dismissed the charges against Mr. Livingston's co-accused, deputy chief of staff Laura Miller, saying there is no evidence that she was involved in any conversations with Mr. Wallace regarding the request for special access to the computer hard drives or that she "schemed" with her boss on what information to omit from the request.

While dismissing the charges against Ms. Miller, 39, the ruling said there is evidence that she was a party to the offences. Ms. Miller was deeply involved in crafting communications strategies to address the fallout over the government's controversial decision to cancel the power plant projects, and she helped Mr. Livingston select the employees whose hard drives would be wiped, the ruling said. Along with Mr. Livingston, the ruling added, she had reason to prevent potentially sensitive and at times embarrassing e-mails from becoming public at a legislative committee probing the cancelled projects or through a freedom-of-information request. But in the end, Justice Lipson said, "I am left in reasonable doubt as to her guilt."

Friday's ruling capped nearly four weeks of testimony from 11 witnesses for the Crown.

Mr. Livingston and Ms. Miller were initially accused of destroying e-mails and other government records related to the cancellation of the power plants. But prosecution lawyer Tom Lemon asked the judge in November to drop breach-of-trust charges against the two, saying the Crown could not prove that specific e-mails were deleted.

At the same time, lawyers for Mr. Livingston and Ms. Miller sought a directed-verdict of acquittal on two remaining charges: mischief and unauthorized use of a computer in connection with the wiping of 20 hard drives in the premier's office. They each pleaded not guilty and Justice Lipson reduced the mischief charges against the two to attempted mischief.

The trial centred on the hiring of Peter Faist, a non-government IT expert and the spouse of Ms. Miller, to "wipe clean" the computer hard drives just days before Mr. McGuinty resigned in February, 2013.

Mr. Faist testified that he wiped the hard drives before the transition from the McGuinty government to Premier Kathleen Wynne.

In what became known as "Pete's Project," Mr. Faist logged on to the computers using a password assigned to Mr. Livingston's assistant, who had been given special access to the machines known as administrative rights.

Justice Lipson said in his ruling there is compelling circumstantial evidence that the two accused were aware there were government records on the hard drives and that they wanted to eliminate those records.

He accepted the Crown's assertion that their actions must be viewed in the context of the controversy over the government's failure to produce records related to the power plants.

"This was the grim political backdrop that existed when Mr. Livingston sought access to the computers," Justice Lipson says.

Defence lawyers argued during their closing arguments that Mr. Faist was hired to remove personal items from the hard drives. He was paid $11,000. But Justice Lipson says in his ruling that explanation is not plausible. What does make sense, he says, is paying someone to wipe records regarding a controversial matter plaguing the government.

In his ruling, Justice Lipson quoted from the testimony of Mr. Wallace, whom he described as "an entirely credible witness." Mr. Wallace, who is now city manager of Toronto, testified that he never would have approved the special access for Mr. Livingston had he known how it would be used.

Mr. Livingston will appear in court on Feb. 26 for sentencing submissions.

Brian Gover, a lawyer for Mr. Livingston, told reporters outside the court that he plans to lead "compelling character evidence" at the sentencing. "Of course, we're dealing with someone of prior unblemished character with an outstanding career in the business community," he said.

Jennifer Beaudry, a spokeswoman for Premier Wynne, said the matter involved former staff to the former premier. "We've been clear from the start that this is not how anyone in government should operate, and it is not how a Premier's Office should operate," she said in a statement. 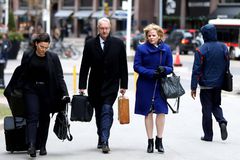 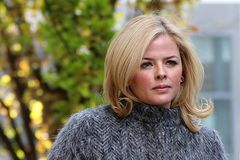 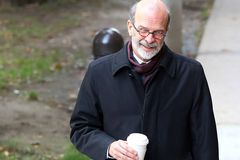