It is amazing how easily a guy leading a province with a $14-billion deficit can find $10-million. Dalton McGuinty may be on his way out as premier. He may be facing a revolt from schoolteachers. But darn it, he is still in charge and he can still spend your money.

The outgoing Liberal Leader produced the $10-million like a rabbit from a hat last week, pledging to spend it on locking up Ontario elementary schools against the threat of Newtown-like mass killing. He called the move a "reasonable" response to the tragedy. But was it?

Ontario is not Connecticut. Canada has had its shooting rampages, yes, at Dawson College and the École Polytechnique. But it has had nothing near the epidemic of mass school shootings that the United States has suffered.

To instate a locked-door policy at 4,000 schools in reaction to a threat in a different country with much different gun laws is to surrender to fear. It is the job of governments to weigh risks, not safeguard us against every eventuality. The risk of a Newtown in Ontario is, thankfully, remote.

Locking up all elementary schools could make them less friendly, less accessible places. It stands to put staff into the role of doorman or security guard, deciding who should be buzzed in. It does nothing to guarantee against an attack like Newtown, where reports indicate the gunman shot his way through a locked door, rendering a new security system useless.

Mr. McGuinty insists he is not trying to turn schools into fortresses. "We're not going to brick up these windows," he said outside a Toronto school. Good to know, but, once you head down this road, where does it lead? To armed guards at the door? Metal detectors? Security passes?

Just look at what is happening south of the border, with talk not just about better gun control but, on the other side of the debate, of armed teachers and principals. We aren't going to bring in anything like that here, but it shows what can happen once we succumb to the idea that everyone is at risk all the time.

To put it plainly, Ontario schoolchildren are not at risk of becoming victim to a mass school shooting. Or, to frame it another way, the risk is so small that spending millions to address it is grossly wasteful.

Of course, you won't find any politician jumping up to say that. The Ontario NDP says that the locked-school policy is a good first step but isn't enough. The Conservatives say it is an attempt to distract people from the labour troubles at Ontario schools. Who, after all, would dare to say that the government should not do more to protect children? This is the insidious problem with pronouncements like these. They put potential opponents in the role of being against motherhood.

Unnecessary security measures such as the locked-door policy tend to increase anxiety about children's safety at a time when it is already feverishly high. Lots of parents drive their kids to school because they think it's unsafe to walk. That's bad for the environment and bad for children's health. Many fear their kids could be abducted by strangers, despite the fact that statistics show they are more likely to be struck by lightning. Exaggerated concern about safety has led schools to rip out "dangerous" climbing gyms and even ban ball playing.

It can't be good for children to persuade them they live in a dangerous world with deadly threats lurking around every corner. A healthy respect for proven risks like crossing the street without looking is useful. Fear of remote threats like a mass school shooting is not. 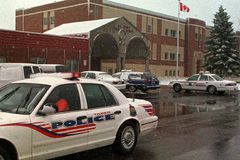 Ontario to implement ‘locked door’ policy at all elementary schools in wake of shooting
December 20, 2012 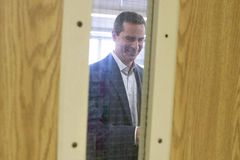 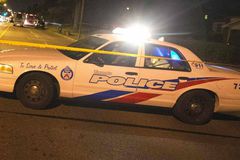