Hundreds of Canadian veterans who braved the North Atlantic to deliver Second World War supplies to Russia will be allowed to wear a decoration created by the British government to honour their service.

Approval to wear the Arctic Star by Governor General David Johnston has come over a year after it was announced and after sailors, many of them from the merchant marine, expressed concern they were becoming caught in the middle of frosty relations between Ottawa and Moscow.

The medal was created to honour those who risked their lives on the treacherous convoys to Murmansk and Archangel, in Russia.

But in order for Canadians to wear the decoration, the Governor General needed to sign off. A note was quietly posted in the Canada Gazette, which posts many government decisions. However no public announcement was made to the veterans.

A spokeswoman for the Governor General would not comment Friday and National Defence would say only that there are strict guidelines when it comes to the acceptance and display of foreign honours.

The veterans, many in their late 80s and 90s, have been waiting more than a year for that permission and some believe the delay stems from rapidly deteriorating relations over the crisis in Ukraine.

Paul Bender, a merchant navy captain and Ottawa resident who enlisted at age 15, said recognizing veterans who aided the Russians seven decades ago could be politically embarrassing for Conservatives who've been talking tough against Vladimir Putin's government.

He says honouring those who risked their lives in the war should be separate from the political circumstances of today.

"I think it should be a totally separate matter insofar as it happened almost three-quarters of a century ago," Bender, 86, said in a recent interview with The Canadian Press.

For his service, including a stint with the Royal Canadian Navy, Bender was also awarded the Commonwealth Atlantic Star, which recognized the U-boat war in the Battle of the Atlantic and the Italy Star, given for operations in the Mediterranean.

"I don't recall the government of Canada objecting to those," he said.

Bruce Poulin, a spokesman for the Royal Canadian Legion, said there are a few hundred veterans in Canada eligible to wear the medal and their numbers are dwindling.

The legion wrote to Rideau Hall and lobbied to get the decoration recognized, but received no answer.

British Prime Minister David Cameron instituted the medal under pressure in Britain, but veterans of the dangerous convoy operations "missed out" on honours bestowed on soldiers in other theatres of the war.

There were complaints, even from Conservative backbenchers in London, that veterans were dying before they could get it.

Several times in the last decade, even the Russian government has honoured many of the Arctic convoy veterans with a commemorative medal that conveyed the country's deep gratitude for the sacrifices of British, Canadian and other sailors who helped deliver food, weapons, ammunition and vehicles to the Soviet Union. Some 3,000 merchant sailors died on the Murmansk run.

A special protocol was even developed that allowed veterans in this country to accept the Russian medal.

Poulin said he finds the government's reluctance curious given the Conservatives are gearing up for commemorations to showcase the country's military history, in particular the First and Second World Wars.

Even the passage of 70 years hasn't dulled the memory of the trips Binder took.

He remembers rolling grey seas, being cold all the time and having to chip an ice-crust off his merchant ship as it zig-zagged through submarine infested waters of Norway.

"The weather was absolutely atrocious; howling gales all the time," he said.

"As the seawater broke over the ship it would freeze. On my first trip, I was terribly sea sick and not much use to anyone except to chip the ice off the deck."

Behind every military medal, a story
November 10, 2010 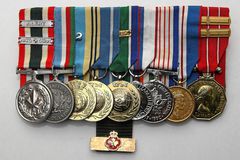 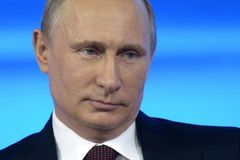