Nuclear medicine doctors are worried there could be shortages of medical isotopes after the Canadian nuclear reactor that provides 10 per cent of the world's supply halts production of the isotope most commonly used in diagnostic scans for cancer, heart disease and other illnesses.

The National Research Universal (NRU) reactor in Chalk River, Ont., northwest of Ottawa, is scheduled to stop making molybdenum-99 on Monday, even though the nearly 60-year-old reactor is not slated to shut down altogether until 2018.

Plans to cease regular production of the radioactive isotope have been in the works since 2010, and Ottawa says other research reactors in Europe, South Africa and Australia are ready to step into the breach.

But leaders in Canada's nuclear medicine community fear that if any of the other major isotope suppliers suffers a prolonged breakdown, physicians will be forced to ration diagnostic procedures, as they were in 2009 and 2010, when the reactor at Chalk River was offline for more than a year.

"This is a very tenuous situation we're looking at," said Christopher O'Brien, chief of nuclear medicine at the Brant Community Healthcare System in Southern Ontario. "If all the cogs in the wheel run smoothly, we will get by relatively safely. If one of the cogs in the wheel breaks, then the whole system collapses very quickly."

Dr. O'Brien is concerned, in part, because of the fragility of the medical isotope supply chain.

Molybdenum-99 decays into technetium-99m, an isotope that is injected into patients before doctors conduct imaging tests that can help them to see whether, for instance, a cancer has spread to the bones or a cardiovascular problem has damaged the heart.

That means the isotopes cannot be stockpiled.

If a reactor in South Africa or Australia were to shut down, the interruption could cascade quickly down to hospitals and clinics, Dr. O'Brien said.

"You start to ration," he said, recalling the situation in 2009, when an aging nuclear reactor in the Netherlands shut down several times during the period the Chalk River facility was offline. "You'll focus on cancer patients, you'll focus on acute situations. Anybody else will have to be put on a waiting list."

The Organization for Economic Co-operation and Development's Nuclear Energy Agency, which tracks the demand for and supply of molybdenum-99, wrote in its most recent five-year forecast that there will be enough of the isotope to go around, even after the NRU reactor stops production on Monday.

But a committee of the U.S. National Academy of Sciences warned in a report last month that there is a "substantial" – more than 50 per cent – likelihood of severe molybdenum-99 and technetium-99m shortages after the reactor at Chalk River ceases production, especially considering that planned capacity expansions by other suppliers are not expected to be finished until 2017 or 2018.

Faced with international concerns about an isotope shortfall, the Canadian government agreed to keep the reactor at Chalk River in a "hot" standby mode until its closes for good at the end of March, 2018.

"My concern is about how long it actually takes," to restart production of molybdenum-99, said Andrew Ross, president of the Canadian Nuclear Medicine Association. "We depend on weekly supply. You can't stockpile medical [molybdenum-99.] You've got to be making it week over week. So if a reactor goes down for a week, that can't be replaced."

A spokesperson for the federal Natural Resources Department confirmed the government is prepared to produce isotopes from the NRU as a "supplier of last resort" if there is a significant global shortage. 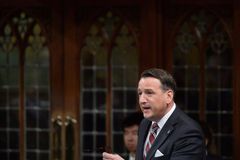 Nuclear scientists push for freedom to express views without fear of reprisals
August 1, 2016 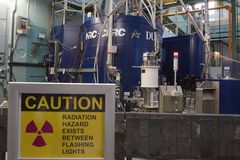 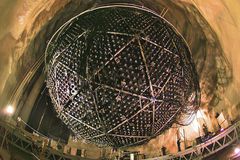