Two weeks ago, an unusual crowd gathered at the Bacara, a tony beachfront resort and spa in Santa Barbara, Calif. – three dozen billionaires who had pledged to give away most of their money. However, many weren't quite sure how to do it.

So, as the rich and famous, including Ted Turner and Warren Buffett, looked on, a scruffy, unassuming guy who grew up playing hockey ("badly") in Montreal and pumping gas in Toronto offered some tips. Jeffrey Skoll is a dot-com legend – perhaps less famous for being rich than for how he got that way. As past president of eBay Inc., and its first full-time employee, he became a billionaire when the iconic online auction house went public in 1998, leaving three years later to put his new fortune – and creative energy – to good use.

He was at the Bacara not to discuss traditional philanthropy (billionaires know how to write cheques), but to outline something much more challenging: "impact investing" – channelling funds into projects that yield a tangible social benefit as well as financial returns.

It is also why he was in Ottawa on Friday, when he was made an Officer of the Order of Canada for his "commitment to social causes and innovative practice of philanthropy."

Mr. Skoll is the only Canadian among the 81 billionaires to sign The Giving Pledge in the two years since Bill Gates and Mr. Buffett called on the superrich to stop hoarding their wealth. He has already parted with half of his net worth, and expects 95 per cent to be gone when he is done.

"There's really only so much that you need, or your family needs," he says during an wide-ranging, hour-long conversation this week. "All else is to be turned, hopefully smartly, into a benefit for the world."

Although often singled out as a visionary, he remains, at 47, very much the entrepreneur, employing the business savvy he used to craft eBay's first business plan to tackle some of the most pressing, and thorny, global issues. In the process, he has started a global foundation, launched a media company that produces Oscar-winning movies and become one of just 20 people in the world to donate at least $1-billion to charity in their lifetime. He has financed everything from a Stairmaster-like water pump that helps African farmers irrigate their crops, to arts-education centres for at-risk American kids.

A resident of Palo Alto in California's Silicon Valley, he shuns the limelight and yet is about to expand his media company around the world.

"I don't have kids yet, but when I do, there's only so much I think they should have," he says. "They can make their path their own."

In many ways, his path was determined in childhood as well. Born in Montreal in 1965, he lived there until he was 13, spending summers on family camping trips and drawn to the writing of George Orwell, Aldous Huxley and James Michener.

"All the things I was reading made me feel the world of the future might not be as pleasant a place as it was ... with too many people, and new weapons, and diseases and all kinds of things," he says. "Back then, my goal was to be a writer and get people interested in these big issues – and try to make a difference."

But he also knew he had to support himself, pumping gas after the family moved to Toronto to pay his way through electrical engineering at University of Toronto and starting several businesses after graduation. Learning that he wasn't a natural salesman and needed more schooling, he moved to California in the mid-1990s to study for his master's degree in business administration at Stanford University.

Soon after graduating, he met Pierre Omidyar, who had decided that the emerging World Wide Web needed an auction house. "My initial reaction, with my Stanford diploma in hand, was: 'Pierre, that's a really dumb idea. That'll never work,'" he admits.

But within months, he and Mr. Omidyar decided to leave their jobs and turn the "dumb idea" into a business. Two years after that, eBay went public.

"I was living in a house with five guys, eating their leftovers when they weren't watching. ... I went from that to having $1-billion-plus on paper."

Today, he is Canada's eighth-richest citizen, with an net worth estimated at $3.75-billion, including a $500-million investment in eBay that makes him its second-biggest stakeholder. He left the company in 2001, partly because back pain after a skiing accident made travel agonizing (meetings often were held with him lying on a conference table).

Free to focus on philanthropy – he had established the Skoll Foundation in 1999 – he noticed that the best performers among those he was supporting used business skills and financial sustainability to tackle social problems in new ways. As a concept, social entrepreneurship was still evolving, but he embraced it – and took a novel approach to fostering its growth by providing long-term funding and freedom to innovate rather than annual grants tied to specific conditions.

"Me being an entrepreneur, I realized – that's the surest way to stifle innovation. So we decided to focus on social entrepreneurs in the field, make long-term unconditional grants to them and their organizations, connect them together so they could have opportunities to meet and share and collaborate (in his annual Skoll World Forum) and to tell their stories ... to inspire others."

His foundation is now the largest of its kind, supporting 74 entrepreneurial organizations in about 100 countries – including former prime minister Paul Martin's CAPE Fund, which supports economic independence among Canada's aboriginal people, and Riders for Health, whose motorcycles bring health care to remote villages in Gambia, which now has 100-per-cent coverage, more than in the United States.

To give his ideas an academic base, he created Oxford University's Skoll Centre for Social Entrepreneurship, whose annual forums attract top thinkers and luminaries from Desmond Tutu and Al Gore to parenting and literacy expert (and fellow Order of Canada recipient) Mary Gordon.

In addition, his Capricorn Investment Group supports such ventures as electric cars, solar panels and rice plantations in Tanzania, while the newer Skoll Global Threats Fund is tackling such weighty problems as climate change, water scarcity, pandemics, nuclear proliferation and the Middle East conflict – "the hardest thing I've bitten off," he says.

But the best expression of his early desire to tell stories and make a difference is Participant Media, which since its inception in 2004 has backed no fewer than 39 movies. As well as entertaining, each is designed to educate and comes with a public campaign related to its message.

Mr. Skoll's long-term goal is to make Participant Media a worldwide giant, doubling its staff (currently 100) and opening offices in China, Latin America and Europe. By the end of the year, it also plans to launch its own global television channel, with programming dedicated to social change – but also, he stresses, "great entertainment that people want to watch."

To that end, Participant Media entered a partnership last month that will see Montreal-based Cineflix Media produce original TV programming that is "commercially and socially relevant."

Despite his global aspirations and lifestyle – chatting with actor Natalie Portman and Queen Noor of Jordan one day and watching Xingui tribesmen in Brazil learn to use GPS devices the next – he is remarkably down to earth.

As well as failing to excel at hockey ("I was smaller than everybody else," he jokes, "but I made up for it by also being slow and unco-ordinated"), he admits to being the least talented rocker in his old Toronto band, although he still pines to write and recently composed a song for his girlfriend on his guitar.

He still finds time to cheer on the Leafs and Canadiens from afar and returns to Toronto or Montreal two or three times a year to visit family.

Not long ago, he became a dual citizen, but says he still calls himself a Canadian when someone asks – "unless it's an American customs officer."

Since its inception in 2004, Jeffrey Skoll's Participant Media has produced an array of high-profile feature films and documentaries. Some have won Academy Awards and many have been box-office favourites, but all have contained some sort of socially relevant message. Here are 10 of those that are better known. 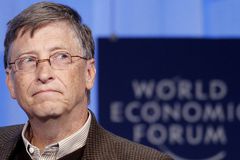 Four Canadians crack list of Time's most influential
May 1, 2006
ROB Magazine
5 things I learned from getting fabulously rich overnight
September 5, 2003
Follow Tavia Grant on Twitter @taviagrant
Report an error Editorial code of conduct
Due to technical reasons, we have temporarily removed commenting from our articles. We hope to have this fixed soon. Thank you for your patience. If you are looking to give feedback on our new site, please send it along to feedback@globeandmail.com. If you want to write a letter to the editor, please forward to letters@globeandmail.com.
Comments